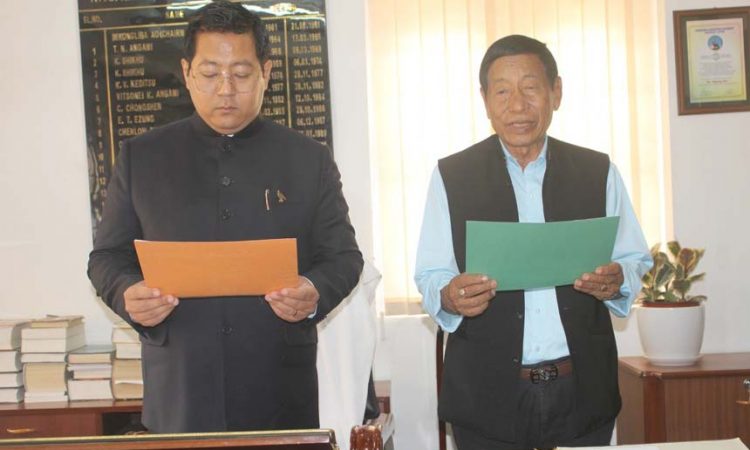 Assembly Speaker Sharingain Longkumer administered the oath to Chang at his office chamber in the Assembly Secretariat.
Chang, the consensus candidate of the Peoples Democratic Alliance (PDA), was elected unopposed to the Nagaland Assembly in the by-election to the Noksen seat on Saturday, an election official said.
As Chang was the only candidate to file nomination for the by-poll scheduled for April 17, he was declared elected uncontested on Saturday, the last date for withdrawal of candidature.
The strength of the ruling NDPP in the 60-member House has risen 21. NDPP’s alliance partner BJP has 12 MLAs. The PDA government is also supported by two Independent MLAs. The opposition Naga People’s Front (NPF) has 25 MLAs.
The Noksen seat fell vacant following the demise of then minister for Environment, Forest and Climate Change and Justice and Law, C M Chang on October 12, 2020 while undergoing treatment for COVID-19 in Kohima. (Page News Service)