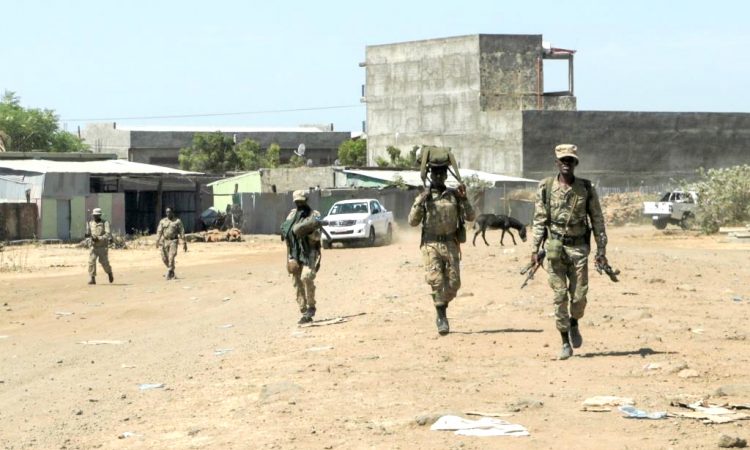 File photo: Members of the Amhara Special Force return to the Dansha Mechanized 5th division Military base after fighting against the Tigray People's Liberation Front (TPLF), in Danasha, Amhara region near a border with Tigray on November 9, 2020 Reuters

ADDIS ABABA, November 15: Gunmen killed at least 34 people in a “gruesome” attack on a passenger bus in west Ethiopia, a part of the country that has recently seen a spate of deadly assaults on civilians, the national human rights body said Sunday.
The Ethiopian Human Rights Commission (EHRC) said in a statement that “the estimated number of casualties, currently at 34, is likely to rise” from the attack which occurred Saturday night in the Benishangul-Gumuz region.
A spokesman for the commission, an independent government body, confirmed that the casualties were all deaths.
The EHRC statement said the bus attack occurred in the Debate administrative area, and that “there are reports of similar attacks” in three other areas, as well as “of persons who have fled to seek shelter”.
Prime Minister Abiy Ahmed’s government has provided scant information on recent violence in Benishangul-Gumuz, particularly in Metekel zone, where Debate is located.
Twelve people were killed in an attack in the zone in October, while 15 died in a similar attack in late September.
Addressing lawmakers in October, Abiy said fighters responsible for the killings were receiving training and shelter in neighbouring Sudan and that Khartoum’s assistance was needed to stabilise the area.
There is no known link between the violence in Benishangul-Gumuz and military operations in Ethiopia’s northern Tigray region, which have killed hundreds and sent more than 20,000 people fleeing over the border into Sudan.
Opposition politicians have described the violence in Benishangul-Gumuz as ethnically motivated.
Specifically they say there is a targeted campaign by ethnic Gumuz militias against ethnic Amhara and Agew living in Metekel.
“The unrelenting pace of attacks on civilians in Benishangul-Gumuz calls for higher vigilance and a more coordinated action between regional and federal security forces,” EHRC chief commissioner Daniel Bekele said Sunday.
“We urge the federal and regional security and judicial authorities to work together, and in consultation with the local community, to redesign a regional security strategy that can put a final stop to these attacks.” (AFP)