HomeTop StoriesGST might have flaws, but we just can’t damn it now: Sitharaman
Top Stories
2 years agoOctober 11, 2019No tags 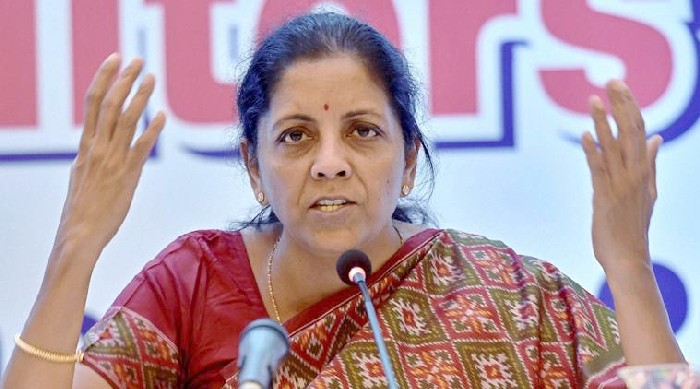 New Delhi, October 11: Union Finance Minister Nirmala Sitharaman Friday said the Goods and Services Tax (GST) might have flaws but it is the “kanoon (law) of the country”.
“We just can’t damn GST now. It has been passed in Parliament and in all state assemblies. It might have flaws, it might probably give you difficulties but I’m sorry, it’s the ‘kanoon’ of the country now,” Sitharaman was quoted as saying by news agency ANI.
The Finance Minister’s statement was in response to a person who “derided” the GST during an interaction with businessmen, entrepreneurs and Chartered Accountants in Pune.
“Suddenly we cannot say, what a goddamn structure is this (Goods & Service Tax). I wished from day one that it met with your satisfaction but I am sorry that it did not,” Sitharaman said.
Later, Sitharaman took to Twitter to state that a participant from the audience spoke completely deriding the GST. “I had halted him to say that he’s welcome to give suggestions and on his request to meet me with a delegation, gave him 23rd Oct ‘19 even from the dais,” she tweeted.
The minister is visiting Pune as part of the Bharatiya Janata Party’s (BJP) assembly election campaign in Maharashtra.
In September, the GST collection had declined to Rs 91,916 crore, as against Rs 98,202 crore in the preceding month. Earlier, the collections had dropped to Rs 98,202 crore in August from over Rs 1.02 lakh crore in July 2019. This is the third time during this year that the revenue collection from the GST slipped below the Rs 1 lakh crore mark. First, it happened in June when the collection was Rs 99,939 crore. However, it was Rs 1.02 lakh crore in July.
GST was India’s biggest reform in indirect tax structure which introduced a single tax on the supply of goods and services, from the manufacturing stage until its delivery to the final consumer. This means interim tax stages such as excise duties and service tax and state levies like VAT are absorbed under GST. (Courtesy: IE)