HomeTop StoriesGrowth may have slowed but there is no recession, says Nirmala Sitharaman
Top Stories
2 years agoNovember 27, 2019No tags 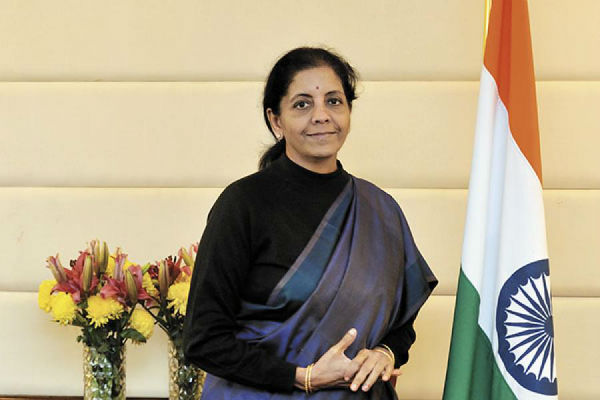 New Delhi, November 27: Finance Minister Nirmala Sitharaman said on Wednesday that economic growth may have slowed but there is no recession yet. “There is no recession; there will be no recession,” Nirmala Sitharaman said responding to the debate in Rajya Sabha on the issue of slowing economic growth and Opposition’s charge that the economy was in a state of recession.
“I will put on record every step being taken,” she said.
Her remarks come days ahead of the release of official gross domestic product (GDP) numbers for the July-September period.
She also said the Narendra Modi government recognised stress in the banking sector and took steps to address banking sector problems. She reiterated the Rs. 70,000 crore earmarked for recapitalisation of state-run banks as part of the Union Budget.
The Finance Minister also compared the inflation and foreign direct investment (FDI) figures during the NDA government with the previous UPA administration. FDI inflows have improved to $283.9 billion in 2019, from $189.5 billion in 2009-2014, she said.
The government is due to release data on gross domestic product (GDP) on Friday evening. For the first quarter of current financial year, GDP growth came in at a more than six-year low of 5%.
India’s economy is struggling against slowing pace of expansion and thousands of job losses amid stress across sectors. Many economists and financial institutions have lowered their growth projections for the year ending March 2020.
Moody’s this month lowered its estimate of economic growth for India to 5.6%, saying GDP slowdown in the country is lasting longer than previously expected. It had earlier changed its outlook on India’s ratings to “negative” from “stable”.
Allaying concerns over revenue position of the government, she said direct tax and GST collections have both seen an increase in the first seven months of the current fiscal when compared to the same period of the last year.
The Congress, the TMC and the Left parties, however, staged a walkout of the House saying she was reading out her budget speech rather than addressing issues facing the economy.
“Every step being taken is in the interest of the country… looking at the economy with discerning view, you see that the growth may have come down, but its not a recession yet or it won’t be recession ever,” she said.
She then went on to compare GDP growth during the Narendra Modi-led BJP government since 2014 and that witnessed in the previous five years under the UPA-II regime, saying inflation was below the targeted range, economic expansion was much better and so were other macroeconomic indicators.
India’s growth outlook has weakened sharply this year, with a crunch that started with the non-banking finance institutions spreading to retail businesses, car-makers, home sales and heavy industries.
The Indian economy expanded by 5 per cent in April-June, its slowest annual pace since 2013 and the projections are that it may have slowed down further in the second quarter, making six consecutive quarters of slowing growth, a first since 2012.
This despite a recent series of fiscal stimulus, including a reduction in corporate tax rates.
Sitharaman blamed the fall in GDP growth in the last two financial years to the lagged effect of twin balance sheet crisis of stress on banks due to non-performing assets (NPAs) or bad loans on the one hand and heavily indebted corporates on the other, resulting from the UPA regime lending.
Rejecting criticism that her maiden budget on July 5 had failed to address concerns of a slowing economy and so had to resort to announcing measures within a month of the passing of the budget by Parliament, she said the Economic Survey and she had recognised the need for recapitalisation of bank and reforms in her budget speech. (Agencies)