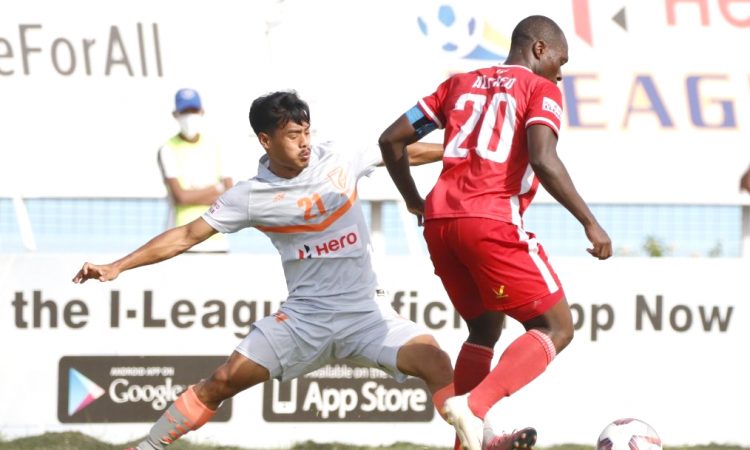 KOLKATA, March 16 : The All India Football Federation’s (AIFF) developmental side, Indian Arrows showed great determination to notch up a thrilling 2-1 win over Aizawl FC in an I-League match on Tuesday.

Parthib Gogoi’s (11th) early strike was cancelled out by a wonder goal from Malsawmtluanga (22nd), but the Arrows showcased their never-say-die attitude as Lalchhanhima Sailo’s strike in the 36th minute proved to be the difference between the two sides.
Goalkeeper Syed Zahid Hussain Bukhari, in inspired form, made some crucial saves in the second half to help the young guns in maintaining their lead.
Coming on the back of a 1-0 win over NEROCA, Yan Law’s team played with confidence and created goal-scoring chances in the opening minutes of the match.
But they fell behind in the 11th minute, courtesy a beautiful Gogoi goal. A deflected shot found Gogoi inside the box and the nimble-footed forward curled the ball into the back of the net as the Indian Arrows led 1-0.
Aizawl FC kept dominating possession and they were rewarded in the 22nd minute when Malsawmtluanga produced a sensational finish from outside of the box to bring the team back on level terms.
However, Lalchhanhima Sailo put the Arrows ahead when he found an accurate cross inside the box and smashed it into the top corner with his left foot.
Aizawl FC are mathematically safe from relegation and the Mizoram-based club left no stone unturned to find the equaliser.
In the 68th minute, Zahid Hussain pulled out a blinder of a save to deny Aizawl from close range after substitute Lalremsanga’s shot from inside the box was parried away.

In the 70th minute, Hussain once again shut the gates for Aizawl as he saved Brandon’s attempt from close range. (PTI)