In reference to the news doing round regarding defection of 5 GPRN/NSCN members led by one Mr A. Khampei Opeiham Konyak and Capt. Nahjan Konyakto NSCN/GPRN,Yung Aung groupon the 7th November 2020, GPRN/NSCN denounces and disclaim the disposition thereof.
Mr A. Khampei Opeiham Konyak, a Deputy Kilonser in the NSCN (IM) as far as known by the GPRN/NSCN, is a habitual defector who approached and seeked to join the GPRN/NSCN in the month of October 2019. However, in the light of his past activities and records, the same was denied and no sort of membership was either confirmed or accorded to him and his followers till to this date.
Therefore, GPRN/NSCN in the light of the said news report makes this disclamation that Mr A. Khampei Opeiham Konyak is neither a member nor a Kilonser of GPRN/NSCN but a habitual defector who have least concern and value of the general Naga people’s aspiration but is best characterized as a habitual defector with no locus standi and further urge whosoever concern to first thoroughly ascertain their agenda(s) before incorporating the name of GPRN/NSCN in future.
GPRN/NSCN further warns that any individual/group taking the name and maligning the image of the GPRN will be retributed as per their actions.
Issued by: MIP, GPRN/NSCN 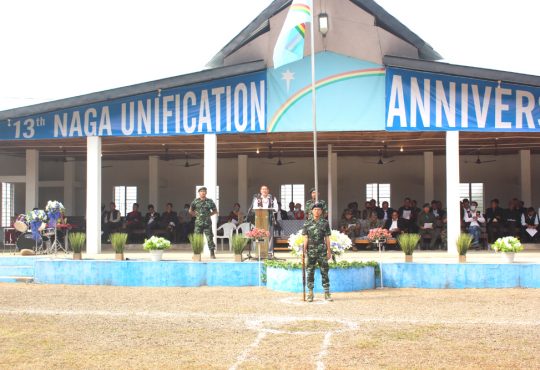