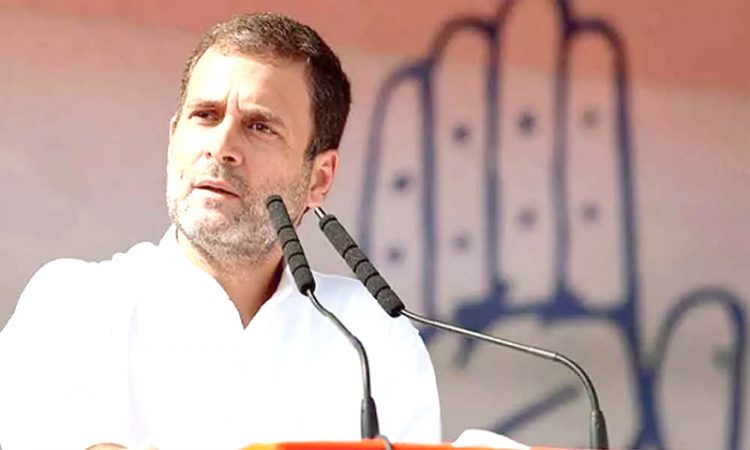 NEW DELHI, APRIL 28: Congress leader Rahul Gandhi on Wednesday slammed the Centre for the ongoing construction of the 2,000 crore Central Vista Project which is listed among “essential services”. Taking to Twitter, Gandhi urged the Central Government to work with a vision to curb the growing COVID cases and not spend money on Central Vista during these challenging times.

“Central Vista – not essential. Central Govt. with a vision – essential,” he tweeted.
Last week also, Gandhi questioned the Government’s priorities in handling COVID and the Central Vista project. “No test, no vaccine, no oxygen and no ICU,” he tweeted.
The Opposition has been demanding that the fund for the project be devoted towards the country’s COVID response.
Meanwhile, reports suggest that 180 vehicles have been granted permission to ferry workers to the Central Vista site even as the National Capital has been under lockdown for 10 days now to flatten the COVID curve.
New Delhi saw its first weekend curfew on April 16, when the Central Public Works Department, which is overseeing the project, wrote to the Delhi Police that “the project is time bound in nature and has to be finished by 30th November 2021” and the work is going on in 3 shifts.
On Sunday, Srinivas BV, the president of Indian Youth Congress, tweeted his disappointment about how the Government is spending ?2,000 crore on the Central Vista Project instead of buying beds and ventilators.
“It’s unfortunate how the Central Government is spending money on the Central Vista Project instead of buying ventilators and ICU beds which would have saved the lives of lakhs of people. It’s sad how the Government is rooting for their own comfort over the lives of people.”
The Central Vista Redevelopment Project, which would include a triangular Parliament building, common Central Secretariat and a refurbished 3km Rajpath, was announced in 2019. On January 5, 2021, the Supreme Court gave a go-ahead to it.