NEW DELHI, OCTOBER 30: The Government is set to appoint former Indian Foreign Service officer and Information Commissioner Yashvardhan Kumar Sinha as the new Chief Information Commissioner and journalist Uday Mahurkar as an Information Commissioner despite strong objections from Adhir Ranjan Chowdhury, the Opposition member in the high-powered selection committee headed by Prime Minister Narendra Modi.
The Government is also learnt to have finalized the name of Deputy Comptroller & Auditor General Saroj Punhani for the post of Information Commissioner.
Officials of the Department of Personnel and Training (DoPT) have informed Sinha about his appointment. When contacted, Sinha confirmed this to The Indian Express.
The decision to appoint Sinha and Mahurkar came despite objections by Chowdhury in a dissent note.
At the meeting of the committee October 24, Chowdhury had called the shortlisting “nothing but an empty formality aimed at carrying out a hog-wash that defeats the very aim and goal of transparency and accountability that the RTI Act envisages.”
Chowdhury is learnt to have argued that the CIC should have more “on-ground” domestic experience in the field of service delivery, law, science, human rights and issues that concerns the general public. And an IFS officer didn’t have that experience. He pointed out that Information Commissioner Vanaja N Sarna was senior to him and fits the bill.
Chowdhury is also learnt to have said that Mahurkar’s name was “skydropped” since he had not even applied for the post of Information Commissioner and his name does not figure in the list of 355 applicants.
Referring to Mahurkar’s articles, comments and social media profile, Chowdhury, sources said, argued that he was “an open supporter of the ruling political party and its ideology”.
Mahurkar, a senior Deputy Editor with India Today, is the author of books on the Modi Government and his “mantra of governance.” When contacted, Mahurkar told The Indian Express: “Yes, I have accepted the offer letter that I got.”
Punhani, a 1984 batch officer of Indian Audit and Account Service (IAAS) who is retiring in next few months, also confirmed that she had been informed of her appointment.
It is learnt that at the first meeting of the PM-headed Committee held on October 7, Chowdhury had pointed out that the Search Committee had failed to provide its recommendations in advance. The meeting was then deferred.
The selection committee then met on October 24 and considered 2 names for the post of CIC shortlisted by the search committee: retired IAS officer and Information Commissioner Neeraj Kumar Gupta and Sinha.
For the Information Commissioners, the high-powered committee had before it 7 names.
Besides Mahurkar and Punhani, the other shortlisted were: former Secretary, Defence Production Subhash Chandra; Deputy CAG Meenakshi Gupta; former Principal Director General (News) All India Radio Ira Joshi; former Secretary, Ministry of Micro, Small and Medium Enterprises, Arun Kumar Panda and former Labour secretary Heera Lal Samariya.
Chowdhury is learnt to have said in his dissent note that it is “appalling” that the Search Committee “failed” to give any reasons why the shortlisted candidates are more suitable among all those who applied.
As many as 139 people had applied for the post of CIC and 355 for the posts of Information Commissioners. Chowdhury is learnt to have argued that the Search Committee ignored the directions of the Supreme Court to make public the criteria applied for shortlisting.
At present, there are only 5 Information Commissioners (including Sinha) at the CIC and the full strength is supposed to be 10. Earlier, their tenure was for 5 years or until 65 years of age but by an amendment to the RTI Act last year, the Union Government reduced the tenure to 3 years. (Courtesy: IE) 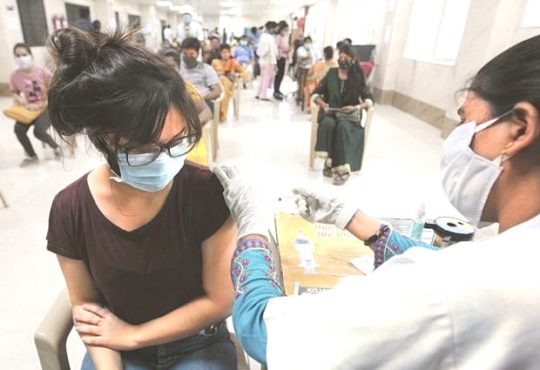