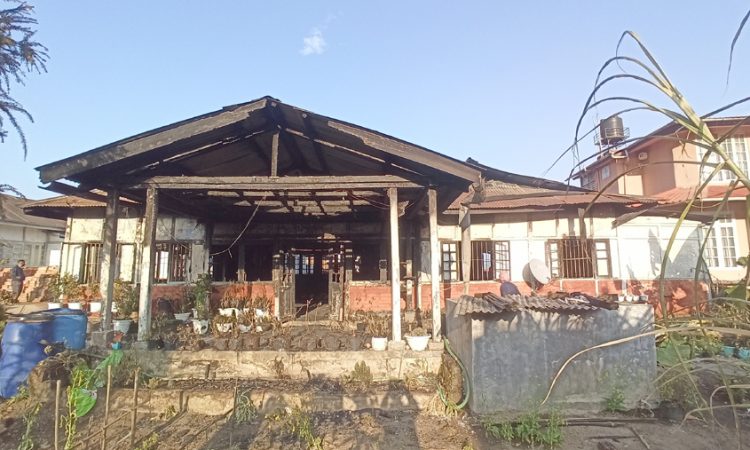 Dimapur/Kohima, December 12: A Government quarter type-6 was gutted Saturday morning at Middle PWD Colony, Kohima. However, there was no casualty in the fire.

State Fire & Emergency Services informed that on receiving fire call at 11:23 am on December 12 at Middle PWD Colony, Kohima, a quick response team from Fire Station South and Fire Station North were mobilized to control the fire. Six fire tenders along with sufficient equipments & fire personnel were pressed into action.
Property worth Rs 18 lakhs was lost in the fire and it took the fire team more than an hour to combat the fire. However due to timely response from the fire team, property worth Rs 30 lakhs could be salvaged and also prevented the fire from spreading further to the surrounding.
Narrating the ordeal as she remembers it, the owner said she spoke with her brother on the phone who resides in Dimapur around 10:40 a.m. and the next thing she remembers was smoke emanating from their sitting room.
“Once I noticed that my house was on fire, I quickly grabbed my phone and my car key since they were by my bedside… and I exited my house barefooted. Including me, these are the only articles I could save from the fire and my entire official documents are destroyed,” she said.
When contacted for a valuation of the damages incurred in the fire, the owner of the house said that the Nagaland State Disaster Management Authority has registered a total of Rs.4 lakhs in cash which was destroyed in the fire along with Rs.18-20 lakhs in property damages.
Fire & Emergency Services said the cause of fire was due to suspected electrical short circuit. The response team was led by Duty Commander, S.I Sevi Kera, S.I Keyirangsobe, ASI Dzesengutuo Keyho and ASI Neitho-o Keditsu. (Page News Service) 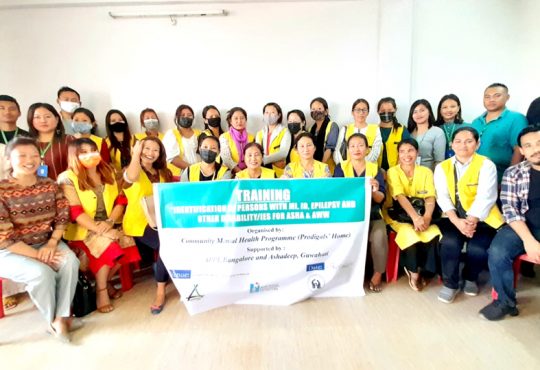