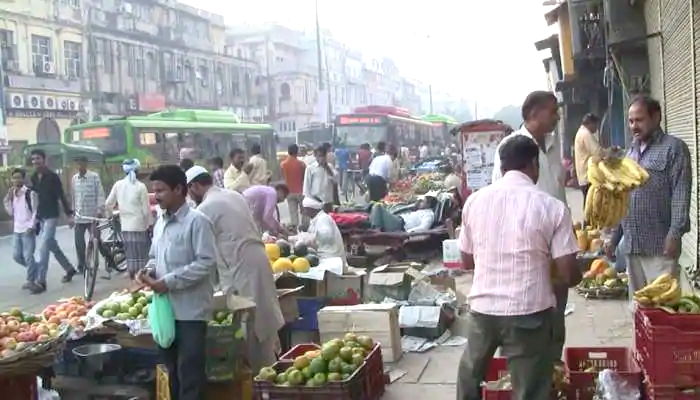 NEW DELHI, OCTOBER 31: The Centre plans to prepare a socio-economic profile of street vendors to bring them in the net of eligible Government schemes, and turn PM SVANidhi into a comprehensive poverty alleviation programme, as per directions issued by Prime Minister Narendra Modi, top sources told The Indian Express.
Under the Centre’s new PM Street Vendors’ Atmanirbhar Nidhi (SVANidhi) microcredit programme, a loan of Rs 10,000 is extended as working capital to street vendors. Disbursals under the scheme have risen to 15,000 per day, and around Rs 582 crore has so far been disbursed to over 5.93 lakh street vendors. The next step will be to profile and map the beneficiaries, work on which will begin next month, the sources said.
“The mapping will identify who they are, and how many are covered by which welfare schemes of the Government. The plan is to form committees at the level of Collectors, then ask Government Departments to appoint nodal officers in each city, and then bring them into all the welfare schemes they are eligible for,” a senior Government official said.
The idea has come from Modi himself, officials said. The Prime Minister wants the SVANidhi scheme to work as not just a one-time financial assistance tool, but as a mode of inclusion in the Government’s permanent social welfare net, they said.
The scheme has brought 5.37 lakh new street vendors hitherto not identified by municipal bodies into the mainstream by arranging letters of recommendation for them to apply for the loans.
As per The Street Vendors (Protection of Livelihood and Regulation of Street Vending) Act, 2014, states are supposed to carry out periodic surveys to identify genuine street vendors and hand them identity papers and licences to vend. However, several states have not carried out surveys for years, leaving a very large number of street vendors outside the legal system, as per information with the Ministry of Housing and Urban Poverty Alleviation.
Around 25 lakh street vendors have applied for loans under the programme, which was launched as a fresh scheme of the Modi Government to restart the street-vending economy that was badly hit by the pandemic induced lockdown. There are an estimated 50-60 lakh street vendors in India.
The Ministry has written to states to waive the Stamp Duty, or to charge the absolute minimum payable as per state laws whenever loans are disbursed. Gujarat, Uttar Pradesh, Rajasthan, and Madhya Pradesh are among the states that have waived the duty.
“At some places, banks are coming looking for beneficiaries. At other places, they are hesitant. But overall, the scheme is a great boost for financial inclusion,” Arbind Singh of the National Association of Street Vendors of India said.
Under the PM SVANidhi scheme, a street vendor who accepts payments digitally is eligible for a cashback up to Rs 200. This, officials said, was intended to help create a trail of banking transactions so that vendors could have a degree of credit-worthiness in the eyes of banks, and could avail of loans formally even after the scheme is over.
As a pilot, the Government has roped in an online food delivery aggregator in cities like Varanasi, Delhi, Ahmedabad, Chandigarh, and Indore, to include street vendors. The scheme is bearing the bulk of the expenditure for GST registration, FSSAI certification and training, sources said. The pilot will be rolled out in another 125 cities next month, they said.
Last week, the PM interacted virtually with beneficiaries of the scheme. He was particularly impressed with the way a momo seller in Varanasi had used the loan and had also enrolled for all other Government schemes.
UP has seen the largest number ~ 6.78 lakh ~ of loan applications, 3.76 lakh of which have been sanctioned, and 2.81 lakh have been disbursed. Madhya Pradesh has had 3.26 lakh applications, of which 1.91 lakh have been sanctioned and 1.2 lakh have been disbursed.
The PM’s constituency, Varanasi, has been the most proactive, with 28,688 sanctioned applications, over 21,000 of which have been disbursed.
Fruit and vegetable sellers comprise 45% of applicants, followed by fast-food sellers at 21%. The list has vendors of beauty products, electronics, clothes, and even services.
(Courtesy: IE)