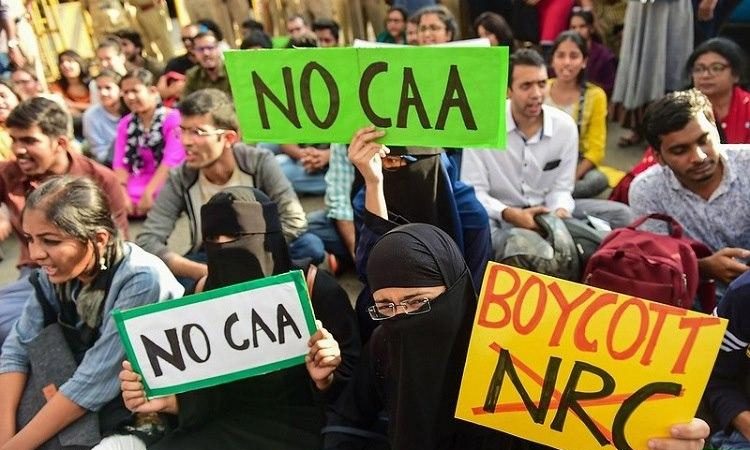 New Delhi, December 20: The government is open to accept suggestions, if any, from people who are staging protests against the Citizenship (Amendment) Act (CAA), a top official said on Friday.
The Home Ministry is preparing the Rules for the CAA in consultation with the Law Ministry that will indicate the process to apply for Indian citizenship by eligible refugees from Pakistan, Bangladesh and Afghanistan under the legislation.
“We are open to receive suggestions, if any, from anyone on the CAA. We are also trying to remove doubts of people about the CAA through various ways,” the official said.
The central government was prepared to face protests against the CAA after its enactment by Parliament. “We had anticipated protests, at least in the Northeast,” he said.
Asked about the protests which have taken place in different parts of the country, the official said as many as 59 petitions were filed in the Supreme Court challenging the CAA and many of these individuals and organisations which filed the pleas were behind the protests.
“The protests in Delhi have happened due to circulation of wrong information and rumours,” he said.
The Act suggests that the ministry will designate a competent authority that will handle the applications of those who are going to apply for Indian citizenship, and the entire process will be digital.
“No one will get Indian citizenship automatically. One has to prove eligibility,” the official said.
Documents required from applicants will prescribed in the Rules.
Earlier, the central government had delegated powers to handle citizenship applications to collectors, district magistrates or deputy commissioners.
However, the authority may be changed now and it will be specified in the Rules to be issued for implementation of the CAA.
Violent protests have taken place in different parts of the country after the Parliament passed the contentious legislation last week. At least three people were killed in police firing during protests in Assam, two others in Mangaluru and one in Lucknow.
According to the CAA, members of Hindu, Sikh, Buddhist, Jain, Parsi and Christian communities who have come from Pakistan, Bangladesh and Afghanistan till December 31, 2014 and facing religious persecution there will not be treated as illegal immigrants, and be given Indian citizenship. (PTI)