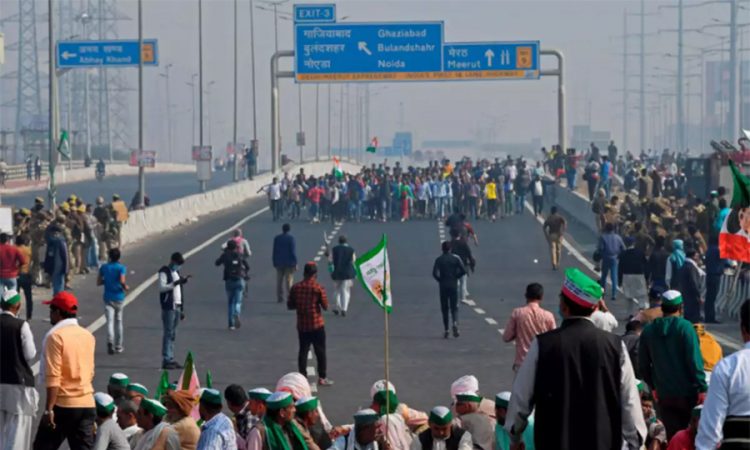 New Delhi, December 8: The meeting between farmers’ union leaders and Union Home Minister Amit Shah ended without any result. The government has not agreed to repeal the three farm laws and will send the proposal tomorrow on the AMPC.

In Tamil Nadu, the opposition DMK and its allies, including the Congress, held protests across the state but life was mostly unaffected.
In the union territory of Puducherry, ruled by the Congress, however, the bandh’ call evoked a near total response.
Normal life was affected in parts of Karnataka as farmers and workers hit the roads.
The three contentious laws at the centre of the protests are the Farmers’ Produce Trade and Commerce (Promotion and Facilitation) Act, 2020, The Farmers (Empowerment and Protection) Agreement of Price Assurance and Farm Services Act,