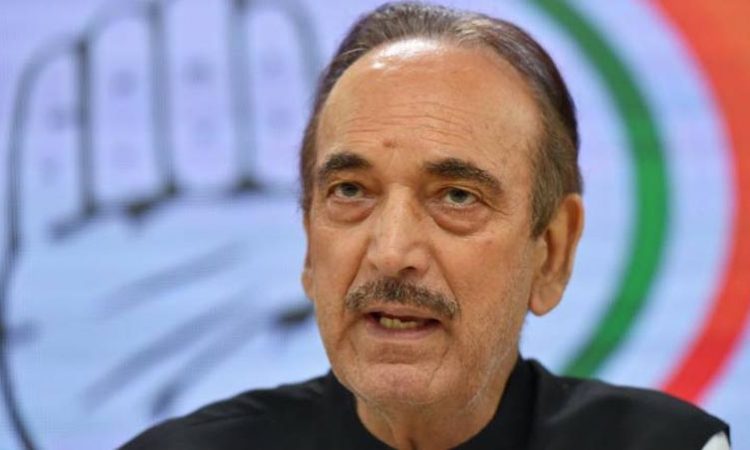 New Delhi, April 8: The government is likely to extend the ongoing countrywide lockdown beyond April 14 to combat the coronavirus, the Congress indicated on Wednesday after an all-party meeting with Prime Minister Narendra Modi.
Leader of Opposition in the Rajya Sabha Ghulam Nabi Azad said the prime minister told the meeting that he has received several requests for extension of the lockdown to contain COVID-19, but will take a call on it only after consulting experts and the chief ministers of various states.
Azad said around 80% of the leaders from various political parties, who interacted with the prime minister through video-conferencing, favoured extending the lockdown.
“It is likely that the government may extend the lockdown,” Congress leader in the Lok Sabha Adhir Ranjan Chowdhury told PTI after the meeting.
He said his party put forth certain suggestions with regard to the crisis in the farming sector.
“The prime minister told the all-party meeting that he is happy that political parties have risen above politics and come together in national interest in this hour of crisis,” Azad said.
He added that Modi told the meeting that he will try and implement the suggestions put forth by various leaders.
“The prime minister said he is receiving requests for extending the lockdown, but he will talk to chief ministers and experts before taking any decision in the best interest of the nation,” the Congress leader said.
Azad suggested to the prime minister to set up a task force comprising Union ministers and chief ministers of various states to recommend the way forward and help people tide over the crisis.
He also suggested setting up of a multi-party working group to help the government tackle the COVID-19 crisis.
Azad said the Congress has called for a special financial package for the states most affected by the coronavirus outbreak.
Chowdhury said the Congress has suggested to the prime minister that farmers may be exempted from the 21-day lockdown for the harvesting of rabi crops. The party has also demanded that all taxes on fertilisers be withdrawn.
Chowdhury said his party has suggested that those enrolled under the rural job scheme MGNREGA be given priority while carrying out harvesting of the standing crop.
Azad and Chowdhury were the Congress representatives at the meeting of the floor leaders of various parties with the prime minister. (PTI)