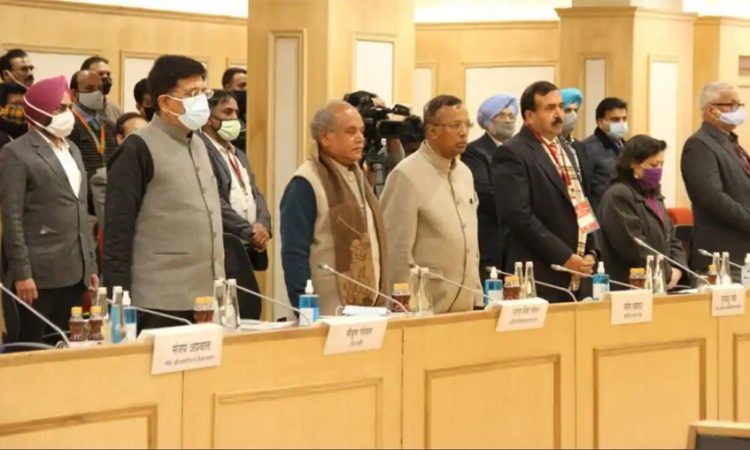 New Delhi, January 4: The seventh round of talks between the government and protesting farmers ended inconclusively on Monday as unions stuck to their demand for a complete repeal of three farm laws they find pro-corporate, while the government wanted to discuss only “problematic” clauses or other alternatives to resolve the over one-month-long deadlock.

Asked why new dates were being fixed when the government has made it clear that it will not repeal the laws, Tomar said: “The government has made the laws in the interest of farmers and the Modi government is sympathetic towards farmers.”
“The way the discussion is happening, I can say that farmers also want the government to find a solution so that they can end their protest… “I feel there will be an early resolution,” Tomar said.
On whether it was possible to set up a committee as suggested by the Supreme Court, Tomar said it was not right to comment on court-related matters.
Union leaders said they decided to have separate lunch this time because a wrong impression went out last time when pictures of some farmers with ministers emerged.
“Therefore this time, we asked farmers to have lunch separately and not go to ministers and take photos. But, we never objected to ministers having food with us. We cannot stop anyone from having Guruji ka langar,” Kohar said. (PTI)