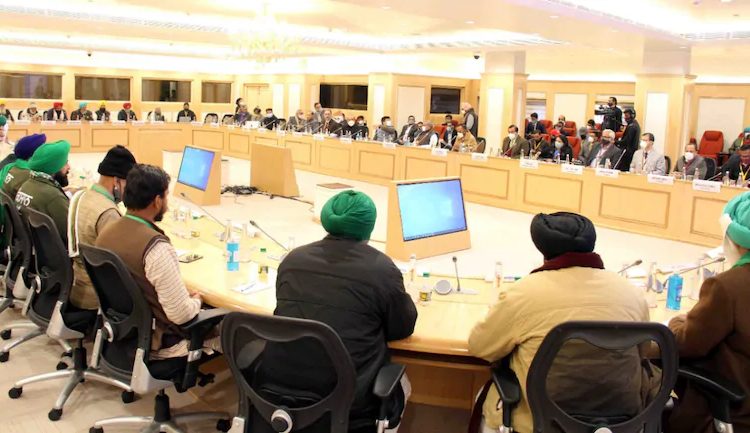 New Delhi, December 30: The government and farm unions reached some common ground on Wednesday to resolve protesting farmers’ concerns over rise in power tariff and penalties for stubble burning, but the two sides remained deadlocked over the main contentious issues of the repeal of three farm laws and a legal guarantee for MSP.

The sixth round of talks was originally scheduled for December 9 but it was called off after an informal meeting of Home Minister Shah with some union leaders failed to reach any breakthrough.
The government had, however, followed up Shah’s meeting with a draft proposal sent to these farmer unions in which it had suggested 7-8 amendments to the new laws and written assurance on the MSP procurement system. The government has ruled out a repeal of the three agri laws.
Thousands of farmers, mainly from Punjab and Haryana, are protesting at various borders of the national capital for more than a month against these three new laws.
The government has presented these laws as major agriculture reforms aimed at helping farmers and increasing their income, but the protesting unions fear that the new legislations have left them at the mercy of big corporates by weakening the MSP and mandi systems.(PTI)