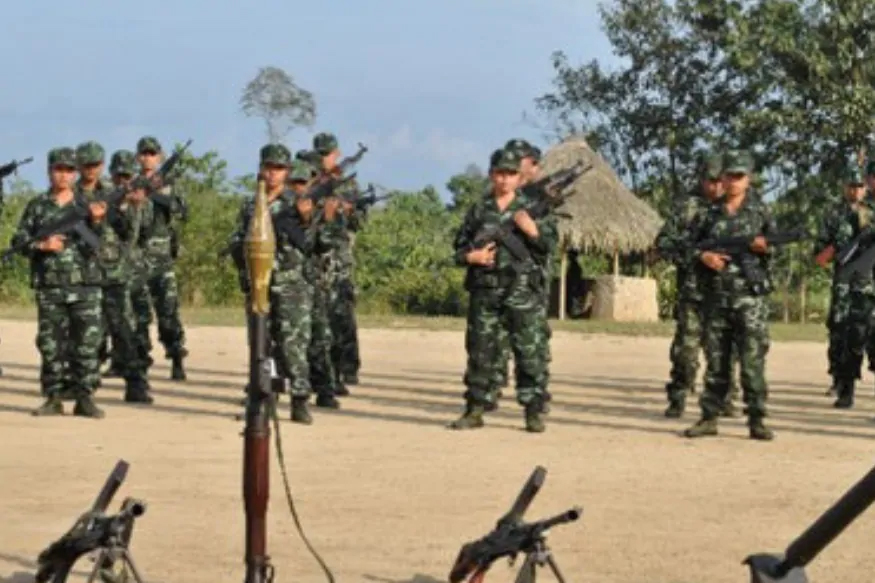 New Delhi, September 28: The Centre on Monday extended the ban on NSCN-K, saying the Naga insurgent group has been engaged in violence, extortion and secessionist activities.
In a notification, the Union Home Ministry said the militant group has been involved in 104 violent incidents resulting in the killing of seven security forces personnel, six civilians and the abduction of 75 civilians since September 28, 2015.
The home ministry said the NSCN-K has been engaged in unlawful and violent activities thereby undermining the authority of the government of India and the governments of Nagaland, Manipur and Arunachal Pradesh and spreading terror and panic among the people.
The group is aligning itself with other unlawful associations like the United Liberation Front of Asom (ULFA), Meitei organisations of Manipur and indulging in kidnapping for ransom and extortion of money from businessmen, government officials and other civilians.
Now therefore, in exercise of the powers conferred by sub-section ( l) of section 3 of the Unlawful Activities (Prevention) Act, 1967 (37 of 1967), the central government hereby declares the National Socialist Council of Nagaland (Khaplang) along with all its factions, wings and front organisations, as an unlawful association, the notification issued by Joint Secretary in the home ministry Satyendra Garg said.
The home ministry said the NSCN-K has its professed aim to create a sovereign Nagaland incorporating the Naga inhabited areas of the Indo-Myanmar region by secession from the Indian Union in alliance with other armed secessionist organisations of Nagaland and Northeastern region.
It said the NSCN-K is continuously embarking on a drive for the recruitment of cadres to continue its terrorist activities, establishing camps and hideouts across the international borders.
It is also involved in obtaining assistance from anti-India forces in other countries to procure arms and other assistance in furtherance of its objective of achieving a separate State.
The central government is also of the opinion that if there is no immediate curb and control of unlawful activities of the NSCN-K, the organisation may make fresh recruitment, indulge in violent terrorist and secessionist activities, collect funds and endanger the lives of innocent citizens and security forces personnel, it said,
Therefore, circumstances do exist which render it necessary to declare the NSCN-K as an unlawful association with immediate effect, it said.
The central government “is of the firm opinion that it is necessary to declare the NSCN-K along with all its factions, wings and front organisations as an unlawful association with immediate effect”, the notification said.
The NSCN-K continues to be a proscribed organisation for decades now and the ban is extended every five years. Its leader S S Khaplang, a Myanmarese Naga, died in 2017 after leading the group for decades. The outfit is now run by two of his deputies.
Its rival faction NSCN-IM is currently involved in peace negotiations with the central government to find a lasting peaceful solution to the seven decades old insurgency problem of Nagaland. (PTI)