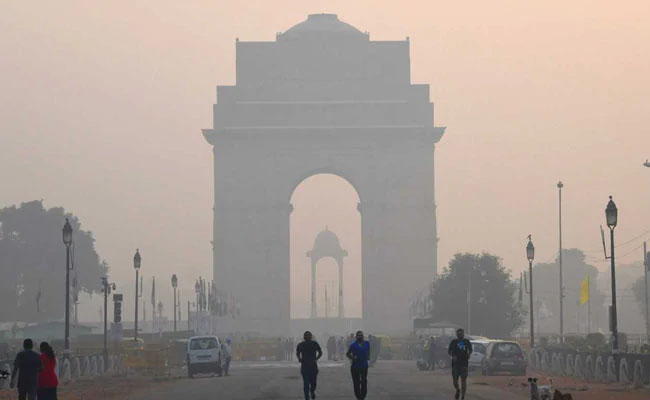 NEW DELHI, November 8: Delhi’s toxic air may be hogging the headlines, but there is little doubt the problem is pan-India. Underlining the urgent need to address the problem across the country, India has sealed a deal with four global agencies, including the World Bank and German development agency (GIZ), to build capacities of all 102 polluted cities across the country.
Besides World Bank and GIZ, the Asian Development Bank (ADB) and Bloomberg Philanthropies are the other two agencies which will help states combat air pollution working in four different geographical areas.
“We have finalised the agreements with these four agencies. They will extend technical support and help states in building capacities of their respective cities. Each agency will be earmarked a geographical area to work with the cities,” Union environment secretary C K Mishra told TOI.
The Centre held several rounds of discussions with these agencies in the past couple of months in the run up to its plan to finalise the country’s National Clean Air Programme (NCAP) for 102 cities.
These are the cities which do not meet national ambient air quality standards. The list includes Mumbai, Pune, Kolkata, Varanasi, Kanpur, Lucknow, Allahabad, Patna, Bengaluru, Chandigarh, Jaipur and Hyderabad among others.
The NCAP with certain broad time-lines to reduce emission in these cities is expected to be announced soon. It will be a long term national level strategy to tackle the increasing air pollution problem across the country in comprehensive manner. Its objective is to have a plan for prevention, control and abatement of air pollution in all these 102 cities.
The highest number of cities in the list is in Maharashtra (17) followed by Uttar Pradesh (15), Punjab (9), Himachal Pradesh (7), Odisha and Madhya Pradesh (6 each), Assam, Andhra Pradesh and Rajasthan (5 each), Karnataka (4), Bihar, Chhattisgarh and Telangana (3 each), Gujarat, J&K, Nagaland and Uttarakhand (2 each) and Jharkhand, Delhi, Chandigarh, Meghalaya, Tamil Nadu and West Bengal (1 each).
The states and Union Territories (UTs) have already been asked by the National Green Tribunal (NGT) to prepare city-specific plans by December 31.
“So far, 80 cities including all 17 from Maharashtra have submitted their plans to the Central Pollution Control Board (CPCB). It will, however, be looked into by an expert committee before getting approval. These plans may be sent back to states if they need to be fine-tuned,” said an official.
The action plans are required to be consistent with carrying capacity assessment and source apportionment of these cities in terms of vehicular pollution, industrial emissions, extent of construction activities and population density.
Tackling pollution from various sources, increasing number of manual air quality monitoring stations, expanding network of the Continuous Ambient Air Quality Monitoring Stations and setting up of Air Information Centre for data analysis, interpretation and dissemination through GIS platforms will be among the key components of the NCAP.
It will have a mechanism to develop a public grievance redressal portal for handling public complaints on air pollution. The cities will be required to develop infrastructure so that any visible air pollution can be reported at a web portal by email and SMS. (TNN)