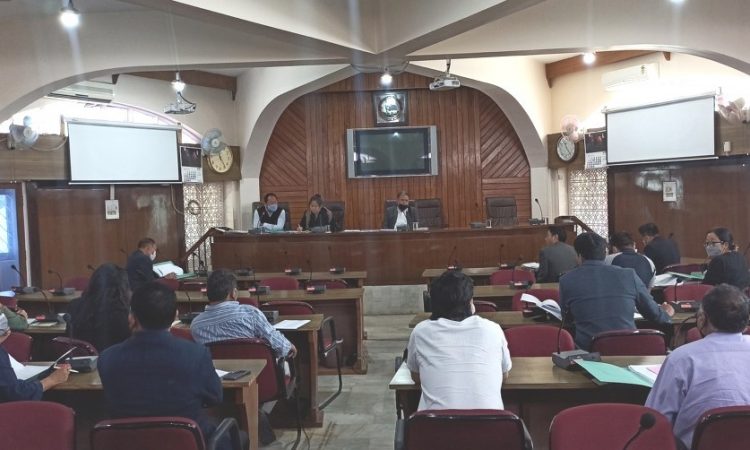 DIMAPUR, MARCH 17: Chief Secretary J Alam directed the State government departments to clear all pending bills to media houses by March 31, during a meeting held on Wednesday at the Secretariat conference hall in Kohima.

He informed that Nagaland Cabinet had, on March 11, discussed a memorandum regarding pending advertisement bills submitted by media houses functioning in the State.
According to him, the Cabinet was of the view that the media plays an important role in the State, and felt that no dues should be left pending so as to ensure proper functioning of the media houses.
In order to address and resolve the issue the meeting has been convened on Wednesday, he added.
Besides department officials, the meeting was attended by representatives of The Morung Express, Eastern Mirror, Nagaland Page, Nagaland Post and Tir Yimyim.
Modernised billing system
The Chief Secretary called for modernisation of billing payment system by the departments and urged them to make electronic payments, adding that technology has provided solutions to various problems and challenges faced by the State government in the past as well.
Alam also mooted the possibility of developing appropriate software, in consultation with Technical department.
The meeting deliberated on various other issues related to the functioning of the media and the government.
Each department will appoint one nodal officer for advertisement-related matters and will submit the name along with designation, phone number and email address to the Directorate of Information and Public Relations (DIPR).
DIPR will send the compiled list to the media houses. The State government will hold an internal meeting with all departments and work out policies for better functioning and relationship between the government and the media in the State.
(Page News Service)