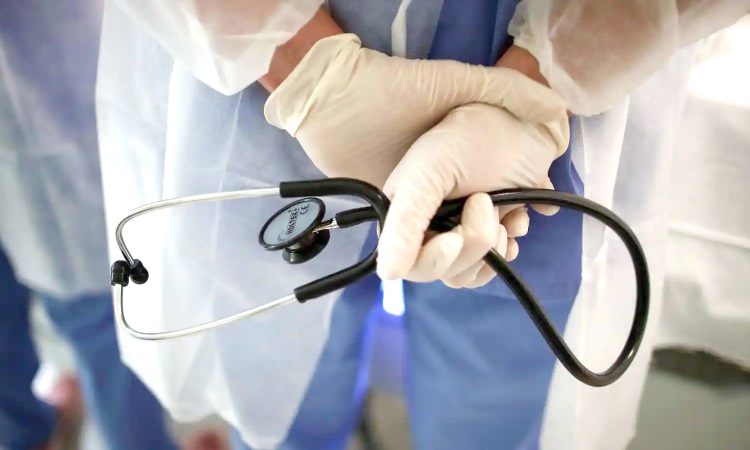 New Delhi, July 29: The Government on Thursday announced a 27% quota for OBCs and 10% reservation for the Economically Weaker Section (EWS) category in the All-India Quota (AIQ) scheme for undergraduate and postgraduate medical and dental courses from the current academic year, 2021-22.

Hailing the “landmark decision” taken by his government, Prime Minister Narendra Modi tweeted: “This will immensely help thousands of our youth every year get better opportunities and create a new paradigm of social justice in our country.”
Union Health Minister Mansukh Mandaviya also lauded the “historic decision”.
“A historic decision has been taken by the government in the field of medical education in the country. Under All India Quota, 27% reservation will be given to OBC students and 10% to weaker income group (EWS) students in undergraduate/post graduate, medical and dental education,” he said in a tweet.
The Prime Minister, at a meeting held on Monday, had directed the Union ministries concerned to facilitate an effective solution to this long-pending issue, a statement issued by the health ministry said.
“This decision would benefit nearly 1,500 OBC students in MBBS and 2,500 OBC students in postgraduation and also around 550 EWS students in MBBS and around 1,000 EWS students in postgraduation,” it added.
“The present government is committed to providing due reservation both to the backward category as well as the EWS category. The Union government has now taken a historic decision to provide for 27% reservation for OBCs and 10% reservation for EWS in the AIQ scheme,” the ministry stated.
OBC students from across the country shall now be able to take the benefit of this reservation in the AIQ scheme to compete for seats in any state. Being a central scheme, the Central List of OBCs shall be used for the purpose.
The AIQ scheme was introduced in 1986 under the Supreme Court’s directions to provide for domicile-free merit-based opportunities to students from any state aspiring to study in a good medical college in another state.
The all-India quota consists of 15% of the total available UG seats and 50% of the total available PG seats in government medical colleges.
Initially, there was no reservation in the AIQ scheme up to 2007.
In 2007, the Supreme Court introduced 15% reservation for the Scheduled Castes (SCs) and a 7.5% quota for the Scheduled Tribes (STs) in the scheme.
When the Central Educational Institutions (Reservation in Admission) Act became effective in 2007, providing for a uniform 27% reservation to the Other Backward Classes (OBCs), the same was implemented in all the central educational institutions such as the Safdarjung Hospital, the Lady Hardinge Medical College, the Aligarh Muslim University and the Banaras Hindu University. However, it was not extended to the AIQ seats of the state medical and dental colleges.
In order to provide benefits to students belonging to the EWS category in admission to higher educational institutions, a constitutional amendment was made in 2019, which enabled the provision of 10% reservation for the category, the statement said.
Accordingly, the number of seats in the medical and dental colleges was increased over the next two years (2019-20 and 2020-21) to accommodate this additional 10% EWS reservation so that the total number of seats available for the unreserved category does not reduce.
In the AIQ seats, however, this benefit was not extended so far, the statement said.
“Therefore, along with the 27% reservation for OBCs, 10% reservation for EWS is also being extended in AIQ seats for all the undergraduate/postgraduate medical/dental courses from the current academic year 2021-22.
“The above decision is the reflection of the government’s commitment to provide due reservation for backward and EWS category students,” it added.
The decision is also in sync with the significant reforms carried out in the field of medical education since 2014, the statement underlined.
Over the last six years, the number of MBBS seats in the country has increased by 56% from 54,348 in 2014 to 84,649 in 2020 and that of PG seats has gone up by 80% from 30,191 in 2014 to 54,275 in 2020.