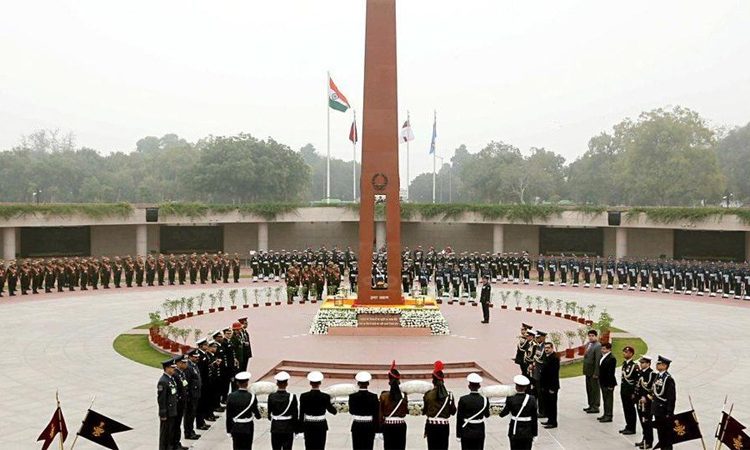 New Delhi, December 29: A government notification on Saturday set the retirement age of India’s soon to be named Chief of Defence Staff (CDS) at 65 years, which is three years more than the retirement age for the three service chiefs of the Indian military.
Current Army chief General Bipin Rawat is widely expected to be named country’s first CDS, who will head the department of military affairs in the defence ministry and act as the principal military adviser to the defence minister on all tri-services matters.
General Rawat retires as the Army chief on December 31 and will have a tenure of three years and three months as the first CDS, if appointed.
The Saturday notification issued under the Army (Amendment Rules) 2019 puts the CDS on a par with the Comptroller and Auditor General (CAG), the Chief Election Commissioner (CEC) and the Central Vigilance Commissioner (CVC) in terms of the retirement age.
Appointment of the CDS was cleared five days ago on December 24. He will be a four-star general like the three service chiefs, draw an equal salary and be responsible for achieving “jointness in operation, logistics, transport, training, support services, communications, repairs and maintenance of the three services” within three years of assuming office, government had said.
“As new structures are coming up with the appointment of the CDS, a longer tenure till the age of 65 will give him stability and continuity to fulfil his mandate,” said Lieutenant General Satish Dua (retd), who was the senior-most military officer handling all tri-service affairs until November 2018.
The CDS will also serve as the permanent chairman of the Chiefs of Staff Committee or COSC. Until now, the chairmanship of the COSC was held in rotation by the senior-most service chief. The appointment of the CDS — pending for almost two decades after the Kargil Review Committee recommended it — is a major reform in India’s higher defence management.
The department of military affairs headed by the CDS would also facilitate the restructuring of military commands for optimal utilisation of resources by bringing about jointness in operations, including through the establishment of joint/theatre commands.
After the Kargil war, the Group of Ministers (GoM) had also strongly recommended the creation of CDS in 2001. But successive governments failed to build political consensus before Prime Minister Narendra Modi on August 15 announced the creation of the post. (Courtesy:HT)