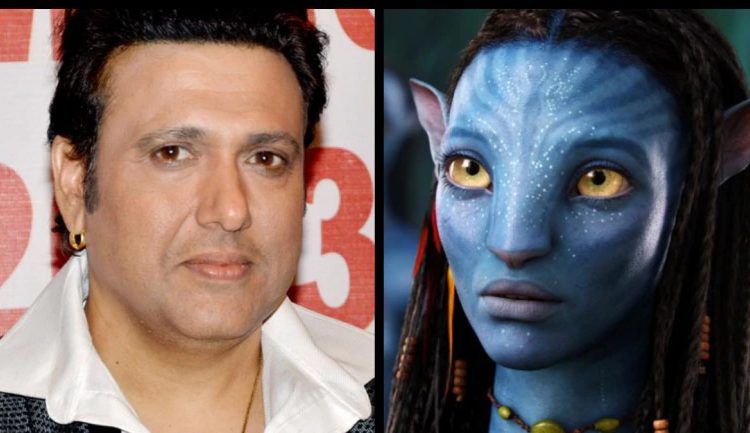 Bollywood is filled with films that Govinda famously refused but it has now emerged that joining the ranks of films such as Chandni, Taal and Devdas is also James Cameron’s Avatar. The film, which was the world’s biggest hit at the box office till Avengers: Endgame replaced it, was apparently offered to Govinda by James Cameron.
In an episode of Aap Ki Adalat, Govinda revealed that not only was the role offered to him in Avatar, he also suggested its title to the director. “I gave the title of the film (Avatar). It turned out to be a super hit film. I had informed him (James Cameron) that the film will do really well. I told him that I feel it will take seven years for him to complete the film. He got angry. When I said so, he asked, How can you be so sure that I won’t be able to make Avatar for seven years?’ I told him that what he was imagining was something almost impossible. That he has named his film Avatar, but he is showing aliens.”
It appears that Cameron had offered Govinda the role eventually played by Sam Worthington. Revealing his reasons for saying no, the actor said, “He wanted me to shoot for 410 days. For someone like me, to get painted all over the body was something I could not do. So, I apologised. But like I said, the film went on to become a super hit.”
Coincidentally, Govinda was a part of a Hindi film Avatar in 2012, three years after the release of the Hollywood blockbuster. The Bollywood film never released.
The actor also said he rejected films like Gadar, Chandni, Taal and Devdas. “When I heard the story of Gadar, it had a lot of swear words. I said I have never messed with a person in real life, how would I give so many gaalis,” Govinda said adding his mother would not have approved of him using such swear words.
He went on to say that he refused Chandni as he was supposed to play a handicapped person. The role was eventually played by Rishi Kapoor and the film went on to become a superhit. He also refused Jackie Shroff’s role in Devdas as he didn’t want to play a character role.
Cameron is now busy with the a sequel of Avatar that will be released in 2021. Govinda last appeared in Pahlaj Nihalani’s Rangeela Raja that bombed at the box office.