DIMAPUR, SEPTEMBER 3: Former Governor of Odisha, Dr SC Jamir has endorsed Government of India’s Interlocutor RN Ravi’s handling of the Naga political issue. He said Ravi is frank, which is good for Naga people.
“I will say that he (Ravi) is honest,” Jamir said in an exclusive interview with Nagaland Page.
“I think he is to be friend with Naga people…because Naga people want the truth and truth is bitter,” he stated.
If you want to know the truth and accept the truth, the truth shall make you free, he said quoting the Bible.
Likewise, Jamir also wanted Naga underground leaders not to indulge in rhetoric and political gimmickry as that will not convince the Naga people. “Naga leaders should also be honest … be open about whatever they are doing, and Nagas will appreciate that,” he said.
The former Nagaland Chief Minister also indicated that Governor RN Ravi did nothing wrong in writing a letter to the State Chief Minister expressing concern over the ‘grim scenario’ in the State and the collapse of law and order.
“I was a Governor, we used to write letter, we have to question or point out this are the problems that need to be solved. As a Governor it is the duty of the Governor to point out to the Chief Minister what is going wrong in the State,” he said.
Jamir reiterated that a Governor’s responsibility is to ensure that peace and normalcy prevails in the State where he is the Governor.
In his June 16 letter, Ravi had stated that “the constitutionally established State Government is being challenged on a day-to-day basis by armed gangs who question the integrity and sovereignty of the nation, while the instruments of the law and order remain totally unresponsive.” The use of “armed gangs” in the letter had been condemned by Naga groups as well as civil society organizations.
On this, Jamir asked, “If any groups of people use arms, started looting, what label are you going to give? I think we should think also. If with arms you loot, you extort, you steal, than what label are you going to give? This is a group, we are not implicating the entire organization, but this is the group that is indulging it. I think we should also understand the English language, the English term also.”
(Page News Service) 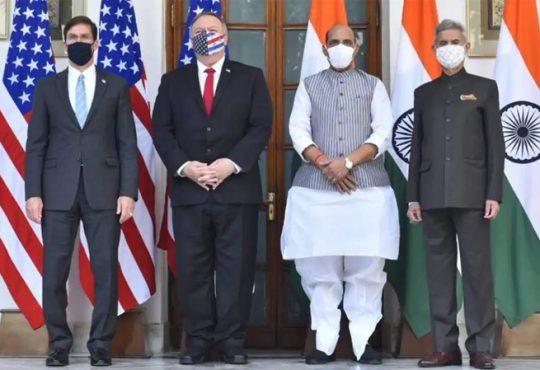 US stands with India in its efforts to defend its sovereignty, liberty: Pompeo 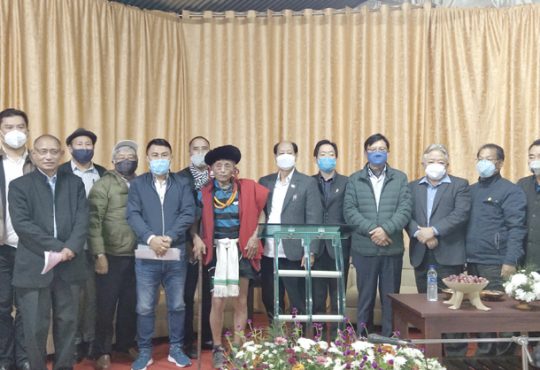