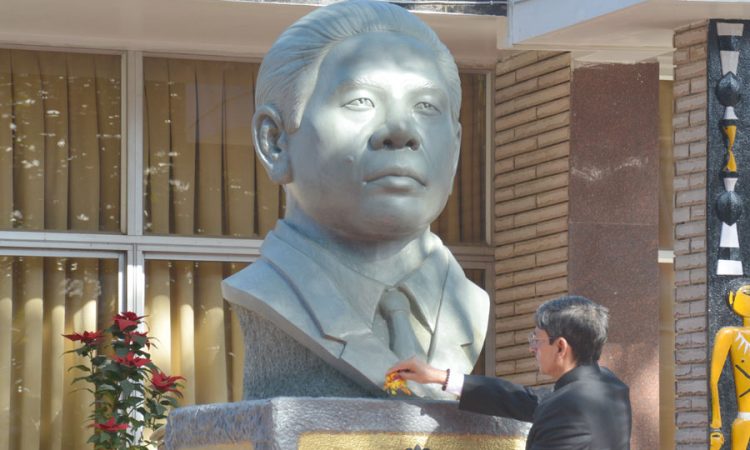 ‘Some people from outside the State creating roadblocks to peace’

Speaking at the inauguration of a memorial to commemorate the contributions of the founding fathers of Nagaland Statehood in the lawns of Dr Imkongliba Ao Hall, Raj Bhavan with the unveiling of a bust of Dr Imkongliba Ao, President, NPC who was martyred soon, Ravi paid rich tributes to NPC leaders and countless Nagas whose blood, sweat and sacrifices created the Nagaland State. He stated that the NPC leaders through a peaceful democratic process for over 3 years and intensely extensive socio-political churning of Naga society helped crystallize the free-will of the Naga people on their political future.
Ravi, however, lamented that the people of Nagaland have not yet been able to fully enjoy the fruits of Statehood “due to some people, mostly from outside the State, who in pursuance of a perverse political ideology, are creating roadblocks to enduring peace in the State.”
“These people have been peddling preposterous lies to mislead the people,” he alleged.
Unveiling the magnificent bust of Dr Imkongliba Ao, Ravi urged the people of Nagaland to renew their sense of gratitude to the founding fathers and commit themselves to build a Nagaland of their dreams where genius of the Naga people will blossom to the fullest.
In the programme, the family members and officials of the Naga Peoples’ Convention were felicitated by the Governor and Laxmi Ravi. Sorei Keishing, a professional sculptor who designed and sculpted the bust was acknowledged by the Governor in the function.