HomeTop StoriesGovernment has “no business to be in business”: PM
Top Stories
2 months agoFebruary 24, 2021PM Modi 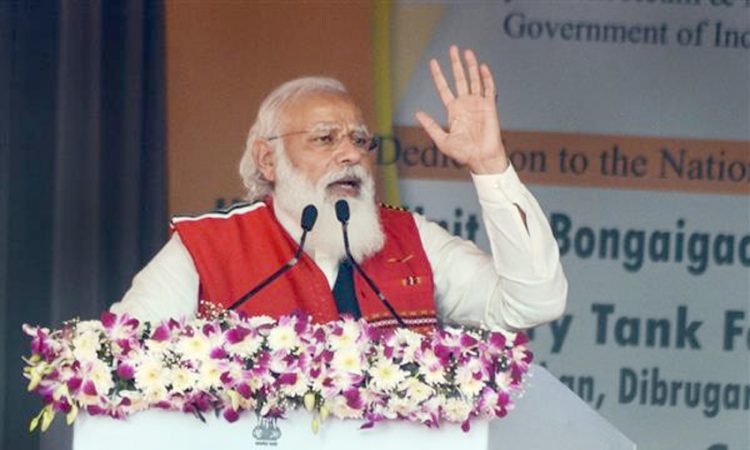 New Delhi, February 24: Prime Minister Narendra Modi today made a strong case for privatization of Public Sector Units that he said burdened the taxpayer, and stressed that the Government has “no business to be in business”. He also emphasized that his Government was working towards the mantra of “monetize or modernize” to benefit citizens.

“When a Government engages in business, it leads to losses. The Government is bound by rules and the lack of courage to take bold commercial decisions,” the Prime Minister said, addressing a Webinar on privatization by the Department of Investment and Public Asset Management.
“It is Government’s duty to support enterprises and businesses. But it is not essential that it should own and run enterprises.”
The PM said the centre’s policy was to either monetize or modernize State-run units and added that Budget 2021 had given a clear roadmap to take India to a high growth trajectory.
“Asset monetization and privatization decisions will help empower Indian citizens,” he said.
The Government has many “underutilized and unutilized assets” and 100 such assets would be monetized to raise ? 2.5 lakh crore, he said, adding that the amount would be used for funding development projects.
“Fiscal support to sick PSUs puts a burden on the economy and public sector units should not be run just because of legacy,” the Prime Minister said, adding that many PSUs are loss-making and supported by taxpayers’ money.
PM Modi’s pitch comes months after the Government indicated that it would move out of non-strategic sectors and listed 18 strategic sectors, including banking, insurance, steel, fertilizer, petroleum and defense equipment, where it would retain only a limited presence.
In the recent Budget session, PM Modi’s shout-out in parliament to the private sector earned praise from industrialists like Anand Mahindra and Sajjan Jindal.
“If the country needs the public sector, the role of the private sector is also as important…If India is of any use to humanity today, our private sector has had a big role in it,” PM Modi told the Lok Sabha, emphasizing that “wealth creators are also important for the nation”.
“India is proud of the role of the private sector in national progress and in enhancing India’s prestige globally,” the Prime Minister said.
“Welcome words of encouragement at a fragile time for private enterprise due to the pandemic. Now we have to live up to the expectations…both in performance & governance,” said Anand Mahindra, Chairman of the Mahindra Group. (Agencies)