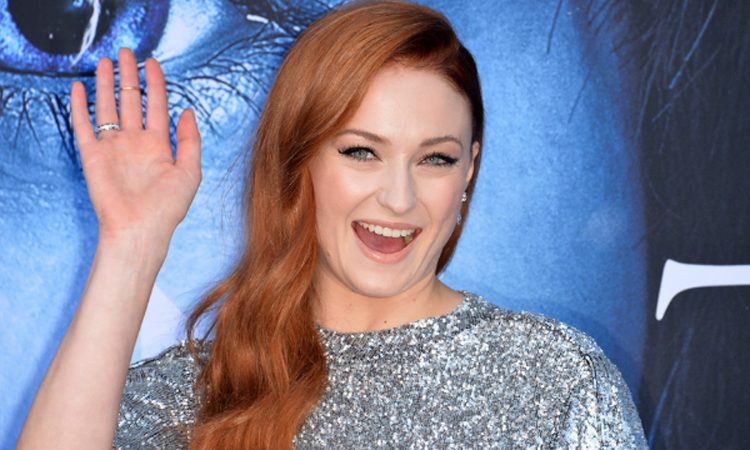 Actor Sophie Turner has said that she contemplated suicide partially because of the social media scrutiny that followed after she gained popularity through Game of Thrones. Sophie plays Sansa Stark in the hit HBO fantasy show, which returned for an eighth and final season on Monday.
She said in appearance on the Phil in the Blanks podcast, hosted by Dr Phil, that her depression got worse after she ‘hit puberty’, and intensified around the age of 17. “It’s weird. I say I wasn’t very depressed when I was younger, but I used to think about suicide a lot when I was younger. I don’t know why though. Maybe it’s just a weird fascination I used to have, but yeah, I used to think about it. I don’t think I ever would have gone through with it. I don’t know,” Sophie, who is now 23, said.
She said she began to feel alone after her friends moved away for college, and she went off to film Game of Thrones. “It only started to kind of go downhill I think when I started to hit puberty, and really puberty, though, at like 17,” she said. “My metabolism was like slowing down massively, and I was gaining weight. And then there was the social media scrutiny and everything, and that was when it kind of hit me.”
She continued that she would believe what was being said about her online, about her skin, her weight, and even about her acting. “I would just believe it,” she said. “I would just say, ‘Yeah, I am spotty. Yeah I am fat. I am a bad actress.’ And I just believed it. I would get (the costume department) to tighten my corset a lot. I just got very, very self-conscious.”
She said the problems persist even today. “I’ve suffered with my depression for five or six years now. The biggest challenge for me is getting out of bed and getting out of the house. Learning to love yourself is the biggest challenge,” she said.
The actor, who is engaged to singer Joe Jonas, said that she sought help and feels ‘much better’ now. “I’m on medication and I love myself now, or more than I used to, I think,” she said.
After Game of Thrones concludes its run, Sophie will appear in the lead role in the upcoming X-Men film, Dark Phoenix, due for release in June.