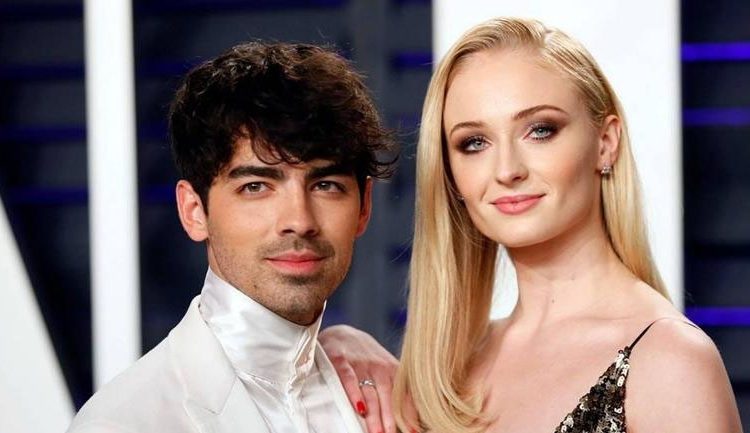 Game Of Thrones star Sophie Turner and singer Joe Jonas exchanged wedding vows at an impromptu ceremony in Las Vegas.
It is confirmed that Joe and Turner are officially husband and wife after obtaining a marriage licence on Wednesday, May 1, reported eonline.com.
Fans first caught wind of the long-time couple’s nuptials when American DJ-record producer Diplo began posting footage from the ceremony.
In several moments posted on Diplo’s Instagram Stories, Turner can be seen walking down the aisle in a white bridal ensemble and veil. It appeared as if an Elvis Presley impersonator officiated the ceremony as country music duo Dan + Shay performed their hit song “Speechless”.
Turner was joined by her sisters-in-law Priyanka Chopra Jonas and Danielle Jonas in the Sin City.
The much-in-love couple got engaged in October 2017. Joe Jonas was on The Late Late Show with James Corden with his brother Kevin and Nick Jonas, where he revealed that it will be a summer wedding. He said, “We’re going to have a summer wedding, which I’m looking forward to. It’s going to be a lot of fun.”
Sophie and Joe have been in a relationship since 2016. The couple shared their engagement news on social media with the same picture. Sophie wrote, “I said yes.”
Sophie Turner is currently part of the ongoing season of Game of Thrones where she plays the role of Sansa Stark. GoT’s final season will wrap up on May 19.