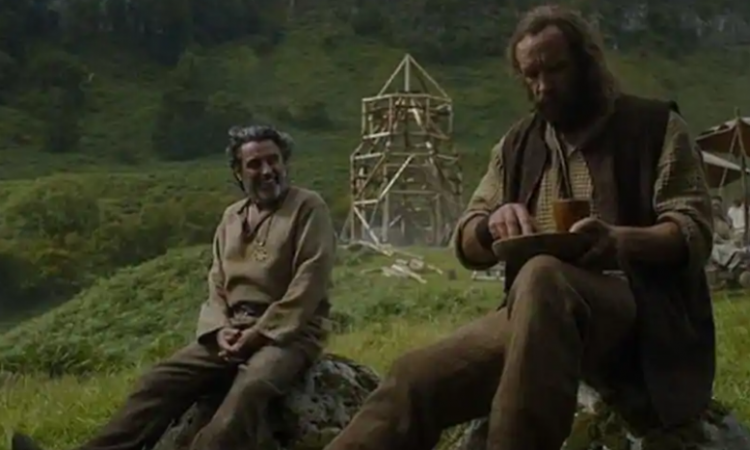 Actor Ian McShane’s relationship with Game of Thrones has been rather controversial. The actor, who appeared as Brother Ray in the show, was reportedly dissatisfied with the food on set and ended up expressing his dissatisfaction by kicking his burger.
It landed on none other that Rory McCann, who played Sandor ‘The Hound’ Clegane on the show. The incident was revisited by director Mark Mylod in James Hibberd’s book Fire Cannot Kill A Dragon.
The director said that when McShane was given a burger that he didn’t like, instead of throwing it away, ‘he kicked it and it went flying’. “He’s gone down in Game of Thrones crew folklore as being the person who most improved the catering. His lunch was brought up to him and he disliked his burger”, Mylod said, adding, “Ian just didn’t like his burger. The burger ended up hitting Rory. So he kicked it and it went flying, and had a few choice words of what he thought of the burger. The burger whacked into Rory, who was enjoying his burger and had no complaints.”
Calling McShane ‘a force of nature’ on set, the director said that after the incident, the caterer was changed, reported Hindustan Times.
Previously, the actor, known for playing Al Swearengen on HBO classic Deadwood, had dismissed Game of Thrones even before having debuted in it. In an interview to the Telegraph in 2016, McShane was asked about the fans’ fury after he seemingly revealed a spoiler. He said, “I’ll give you one hint. I am responsible for bringing somebody back that you think you’re never going to see again. I’ll leave it at that.”
This was the season in which Jon Snow’s resurrection was a much-debated topic, so fans’ were upset by McShane’s revelations. But McShane wasn’t having any of it. “You say the slightest thing and the internet goes ape”, he said. “I was accused of giving the plot away, but I just think get a fking life. It’s only ts and dragons.”