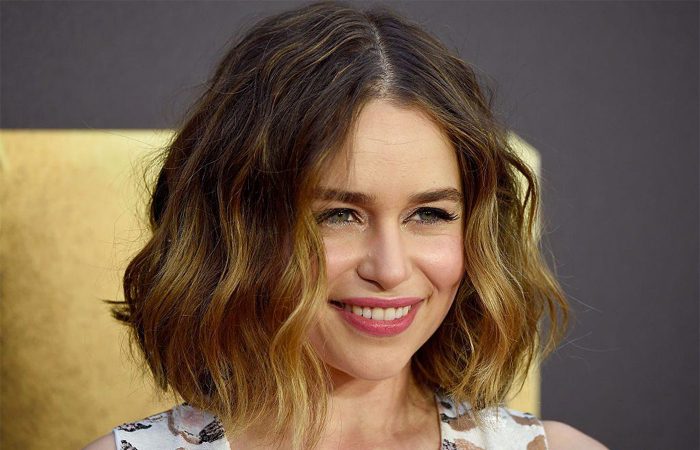 Actor Emilia Clarke has praised Game Of Thrones for its balance of male and female nudity. She has starred as the powerful Daenerys Targaryen on the hit HBO series for seven years.
In an interview to US Glamour, Clarke revealed why she thinks Game Of Thrones is so popular with both men and women, amid the industry’s recent inequality scandal, reports dailymail.co.uk.
The actor, 31, praised the series for showing both male and female nudity — and claimed the show’s depiction of power struggles is what makes it so appealing to women.
Clarke reflected on why her love interest Khal Drogo was not exposed on-screen, while her character stripped fully naked.
First joking of her co-star Jason Mamoa’s manhood, she said, “Oh, I did. I saw his member, but it was covered in a pink fluffy sock. Showing it would make people feel bad. It’s too fabulous.”
However, she went on to praise the show’s equal amounts of male and female nudity by recalling one moment which saw another of her love interests strip for the camera.
She added, “No, I don’t know why. But I’d like to bring your memory back to Mr. Michiel Huisman and I copulating for the first time, which began with me saying, ‘Take off your clothes’, and then you got to see his perfect bottom.”