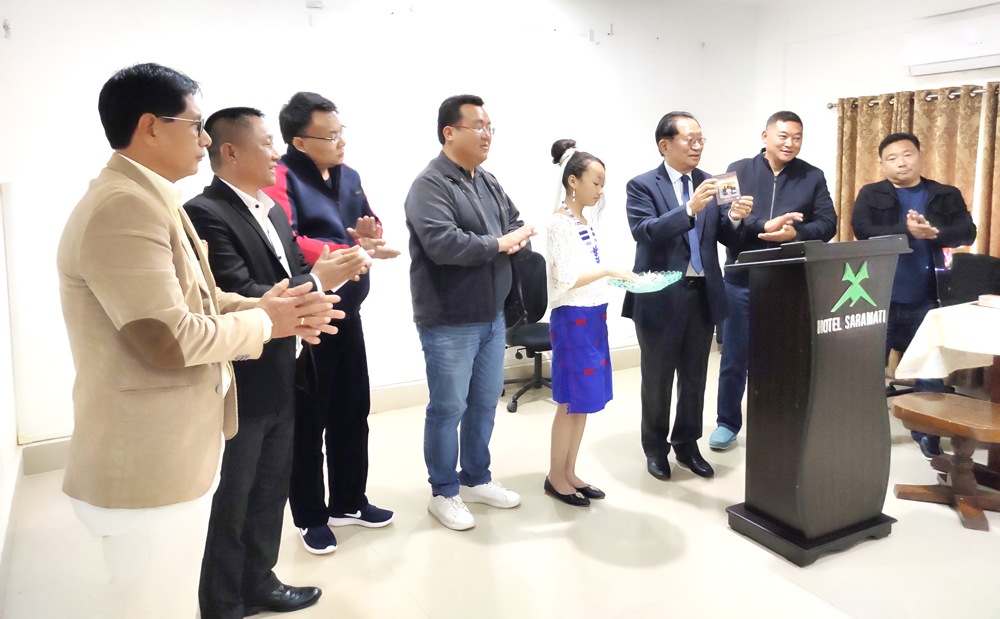 Dimapur, January 4: A gospel music video album, “Yeh Mera Jeevan”, comprising of 9 Hindi tracks and a lone Nagamese track was released in a simple event held in Hotel Saramati on January 4.
The event was attended by family friends and well wishers of Late Longlangba Longkumer and Late Odangchetla Ao, of Changki village. Their children, Alemla, Temsu, Asemenla, Mayang, Senti and Noksang produced this album in memory of their parents. The program was chaired by Bendangchuba Pongen, Headmaster of Police School, Chumukedima.
Asemwati Jamir invoked God’s blessings for the program. Speaking about the album, Noksang said, “This music album is the fulfillment of our parent’s long cherished dream. They asked us to bring out a music cassette about 32 years back. We want these songs to bless people, transform lives and bring families together.”
Obang Longchari, the special guest and a family friend, released the album. In his speech, he reminisced the bygone years and mentioned how anga (elder brother) Longlang and his friends, Repket and Bongyang, used to visit his home over dinner and enjoy the fellowship. He also mentioned that the parent’s faith and love is being reflected in the lives of their children. He wished the music video album all the success.
Rev. Dr. P. Tali Jamir, Pastor of Police Baptist Church Chumukedima pronounced the dedicatory prayer for the music album.
On behalf of the family, Senti thanked the special guest, program partakers, well wishers and friends for their constant encouragement in the making of the album and its release. He mentioned, “All the songs were composed by Noksang, and there’s a lot of inspiration and prayers behind every lyric of the songs in the album.”
The album was released in both DVD and USB format.
(Page News Service)