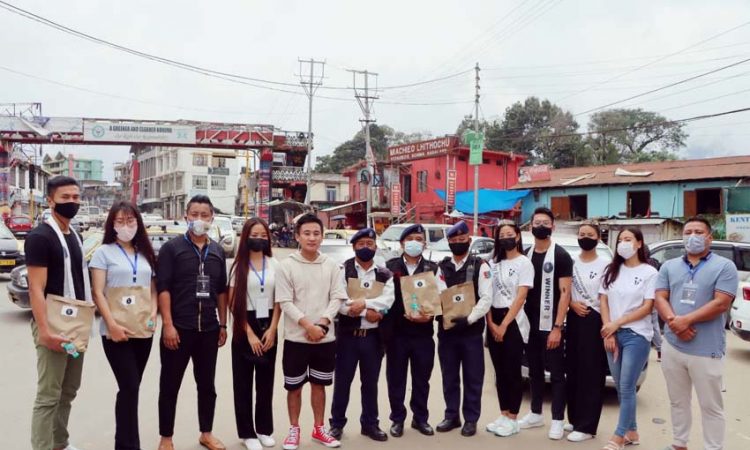 Kohima, September 4: Acknowledging the invaluable services rendered by the traffic police and home guards to the city, the Nagaland Mega Entertainment in collaboration with TaFMA and Imperial Coaching centre organised a goodwill mission at Jail Colony, Kohima on Saturday.
Marketing head and personal secretary to Kekhriezhazo Solo, entrepreneur/proprietor of Imperial Coaching Centre, Anato Sema thanked the Mega Entertainment for coming up with such a wonderful initiative and promised assistance in the coming future.
The program was flagged off from Jail colony and ended at High School junction where light refreshments were provided to the personnel from traffic police and homeguards stationed between the two points.
(Page News Service)