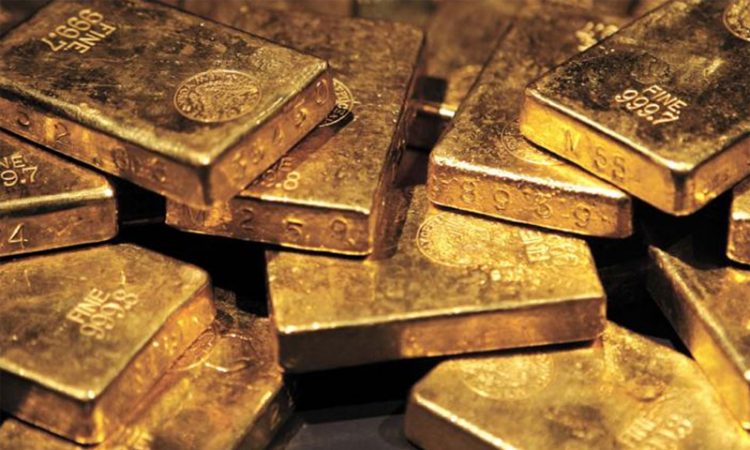 IMPHAL, October 22: High tariff duties coupled with an increasing gap in gold prices between India and Myanmar has led to an upsurge in smuggling of the yellow metal across the international border, a report compiled by anti-smuggling unit of Imphal customs division has said.
Manipur shares a 398-km-long porous international border with the neighbouring country.
An official of the customs division feels facilitating “free movement” of citizens for a stipulated period from Manipur’s border town of Moreh to adjacent Namphalong market in Myanmar has made the conflict-ridden state “more prone to illicit trafficking of contraband gold”.
India and Myanmar border have a Free Movement Regime (FMR) which allows people living along the border to travel 16km across the boundary without visa restrictions.
“This unhindered movement across the border and lure for easy money have made Manipur a soft target for smugglers,” the official added.
Last year, the anti-smuggling unit report stated, a whopping recovery of 137.4 kg gold, worth around Rs 40 crore, was made in Manipur alone.
The recovery from the entire northeast region amounted to 267.2 kg of gold, worth Rs 84.12 crores.
In 2016, the customs division had seized 16.15 kg gold, valued at Rs 10 crore.
“The report suggests that Manipur accounts for 45 per cent of the total contraband gold recovered from the region last year. The seized gold often finds its way to the state and other parts of the country as it has no markings to indicate the place of origin,” the customs official said.
As of September this year, 42 cases have been registered and contraband gold worth Rs 12 crore recovered, RK Darendrajit, Assistant Commissioner, Imphal Customs Division, told PTI.
In November, last year, an individual was apprehended from Lokchao area in Tengnoupal district with 26.6 kg gold.
“Unlike other security agencies which make contraband gold recoveries through random frisking, we rely on intelligence inputs to make arrests and recoveries,” Darendrajit stated.
Pointing out that “those arrested in the border area mostly act as carriers for a commission of around Rs 2000”, he said it was hard to trace the kingpins as the highly-organized rackets operate very cautiously.
The “carriers”, in order to deceive the security agencies, often conceal gold bars in their body parts to avoid detection on the Imphal-Moreh National Highway, another official, who did not wish to be named, told PTI.
“In August this year, two men were apprehended with 12 gold biscuits worth Rs 62 lakh inside their rectum,” he said.
Interestingly, some of them even paint the valuable yellow metal in silver to hoodwink the customs division sleuths, he said.
Nonetheless, the consignments bound for mainland India, including metropolitan cities of Delhi and Kolkata, reach destinations as the demand for gold never wanes, the official added. (PTI)