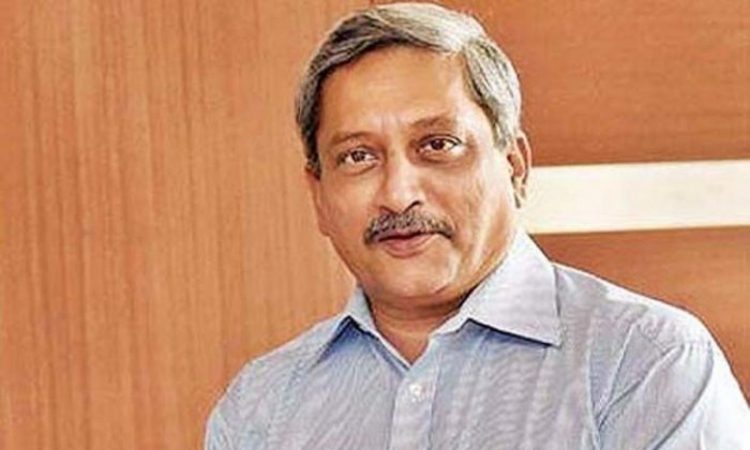 Panaji, March 17: Goa Chief Minister and former defence minister Manohar Parrikar died on Sunday. He was 63.
Parrikar was diagnosed with a pancreatic ailment in February last year. Since then, he had been in and out of hospitals in Goa, Mumbai, Delhi and the US.
Parrikar is survived by his two sons and their families.
Parrikar, who rose from a pracharak of the Rashtriya Swayamsevak Sangh (RSS) to become the country’s Defence Minister and also chief minister of Goa, enjoyed a man-next-door image in the politically-volatile coastal state.
He was a leader who enjoyed acceptance from all sections of the BJP and beyond. He played a key role in making the BJP a force to reckon with in Goa, which remained for long a Congress bastion, with regional outfits having pockets of influence.
Born on December 13, 1955 into a middle class family, his political career began as an RSS pracharak and he continued working for the Sangh even after graduating from IIT-Bombay as a metallurgical engineer.
Parrikar entered electoral politics in 1994 when he won on a BJP ticket from Panaji constituency.
He was the defence minister from November 2014 to March 2017.
The central government has announced national mourning on Monday.
In a tweet, President Ram Nath Kovind said, “Extremely sorry to hear of the passing of Shri Manohar Parrikar, chief minister of Goa, after an illness borne with fortitude and dignity.
“An epitome of integrity and dedication in public life, his service to the people of Goa and India will not be forgotten,” the President tweeted from his official handle.
Prime Minister Narendra Modi said, “Shri Manohar Parrikar was an unparalleled leader. A true patriot and exceptional administrator, he was admired by all. His impeccable service to the nation will be remembered by generations. Deeply saddened by his demise. Condolences to his family and supporters. Om Shanti.”
“Shri Manohar Parrikar was the builder of modern Goa. Thanks to his affable personality and accessible nature, he remained the preferred leader of the state for years. His pro-people policies ensured Goa scales remarkable heights of progress.
“India will be eternally grateful to Shri Manohar Parrikar for his tenure as our Defence Minister. When he was RM, India witnessed a series of decisions that enhanced India’s security capacities, boosted indigenous defence production and bettered the lives of ex-servicemen,” Modi said in a series of tweets.
BJP president Amit Shah tweeted, “Manohar Parrikar ji’s demise is extremely painful. In him, the nation has lost a true patriot who selflessly dedicated his entire life to the country and ideology. Parrikar jis commitment towards his people and duties was exemplary.”
Despite his falling health, Parrikar had presented two state budgets in 2018 and 2019 and had attended public functions, including the inauguration of an iconic bridge across River Mandovi.
Several political leaders, including Union AYUSH Minister Shripad Naik, Assembly Speaker Pramod Sawant and Lok Sabha MP Narendra Sawaikar, started arriving at the private residence of Parrikar in Dona Paula after the news of his demise broke. (PTI)

Govt announces national mourning today
The government announced national mourning on Monday as Goa Chief Minister Manohar Parrikar died this evening, officials said.
A Home Ministry spokesperson said the national flag will fly at half-mast in the national capital, the union territories and the state capitals. A meeting of the Union Cabinet will be held on Monday at 10 am. State funeral will be accorded to Parrikar.