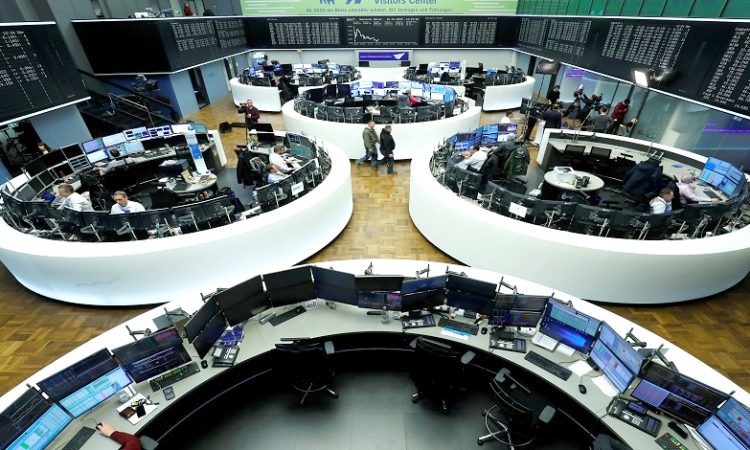 NEW YORK, JANUARY 7: Bonds licked their wounds and stocks rose on Thursday as investors bet Democrat control of the US Congress would enable President-elect Joe Biden to borrow and spend heavily, with a bruised dollar hovering near its lowest in almost 3 years.
US Treasuries extended their steepest selloff in months after Democrat victories in 2 Georgia races handed them narrow control of the Senate, bolstering President-elect Joe Biden’s power to pass his agenda.
Europe’s Euro STOXX 600 gained 0.3%, with indexes in Frankfurt and Paris up 0.4% and 0.6% respectively. Growth-linked sectors from energy to miners rallied on the prospects of more US stimulus.
The MSCI world equity index, which tracks shares in almost 50 countries, rose 0.3%.
Earlier, MSCI’s broadest index of Asia-Pacific shares outside Japan rose 0.6% and Japan’s Nikkei hit its highest since 1990.
Even after risk sentiment was earlier knocked by images of President Donald Trump’s supporters storming Capitol Hill to attempt to overturn his election defeat, S&P 500 futures rose 0.6% as order was restored and Congress returned to work.
It quickly became clear that objections from pro-Trump Republican lawmakers to Biden’s victory in battleground states would be rejected overwhelmingly, including by most Republicans.
“For stocks it will be a net positive, for other assets classes it will be different,” said Olivier Marciot, a portfolio manager at Unigestion said of the Democrat victory.
“The bond moves yesterday were something we hadn’t seen for a long time. The case is for reflation.”
Wednesday’s bond selloff pushed the yield on benchmark 10-year US Treasuries, which rises when prices fall, over 1% for the first time since March. It rose as high as 1.0660% on Thursday.

Euro zone Government bond yields also edged higher, with Germany’s 10-year Bund yield up slightly to -0.55%. Japanese Government bond prices had also slipped, taking cues from the US
The ramifications of the Democrat victory played out in currency markets, too.
The dollar had sunk on the Georgia results to a near-3 year low against a basket of 6 major currencies, with traders betting growing US trade and budget deficits would weigh on the greenback. On Thursday it bounced 0.3% to 89.529.
Against the euro it hovered near an almost 3-year low of $1.2349, and also languished near recent multi-year troughs against the Aussie, kiwi and Swiss franc.
Still, some analysts said rising bond yields may help the dollar’s fortunes.
“Higher Treasury yields should benefit the dollar against the euro and the yen,” said Masafumi Yamamoto, Chief Currency Strategist at Mizuho Securities in Tokyo.
“However, the dollar will remain weaker against commodity currencies like the Aussie and emerging market currencies.”
Other risk-on assets climbed.
Copper, a barometer for global growth, gained 0.3% to hover near an 8-year high.
In Asia, miners Rio Tinto and BHP earlier surged to all-time peaks, while chipmakers Samsung and SK Hynix drove South Korean stocks to a record high.
Oil prices held around a 10-month high, basking in the afterglow of a production cut promised by Saudi Arabia. Brent crude futures were last up 0.7% to $54.68 a barrel.
Gold was steady at $1,921 an ounce, and bitcoin firm after hitting a fresh record high of $37,800. The cryptocurrency has soared over a quarter already this month after almost quadrupling last year.
(Agencies)