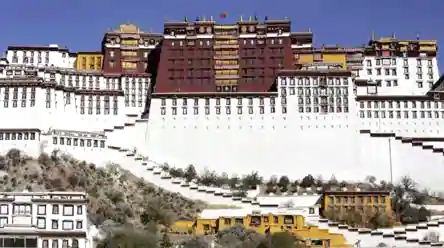 LONDON, SEPTEMBER 22: A global group of parliamentarians on Tuesday asked the United Nations to install a special rapporteur to investigate reports of ethnic persecution by China after evidence emerged of forced labour in Tibet.
Releasing a report on Xinjiang-style forced labour in Tibet by academic Adrian Zenz, the Inter-Parliamentary Alliance on China said Governments should impose targeted sanctions on those responsible.
The report from the Jamestown Foundation said Tibet has since last year introduced policies promoting “the systematic, centralised, and large-scale training and transfer of ‘rural surplus labourers’” to other parts of Tibet and other regions. More than half a million labourers went through the programme in the first 7 months of this year, according to the report.
The 58 MPs from 16 Parliaments said in a statement that Governments should urgently revise their risk advice to their companies currently sourcing from areas affected by Tibetan and other Chinese forced labour schemes “to keep goods and services purchased in our respective jurisdictions from being tainted by Tibetan forced labour.”
The 17 British MPs among signatories include former leader of the Conservative Party, Iain Duncan-Smith, and senior leader David Davis. Other signatories include those from the US, Australia, Canada, European Union, Italy, Germany, France, New Zealand and Switzerland.
Zenz’s report raises concerns about a large-scale mandatory ‘vocational training’ programme, enlisting over 500,000 labourers in the region, together with accounts of enforced indoctrination, intrusive surveillance, military-style enforcement, and harsh punishments for those who fail to meet labour transfer quotas, the MPs noted.
“The programme appears disturbingly reminiscent of coercive vocational training and mass labour transfers imposed by the Chinese authorities in the Uighur region,” they said.
“We stand united in unequivocal condemnation of these practices and call upon the Chinese Government to halt these atrocities immediately”, the statement added.
They said the report is the latest in a mounting body of evidence documenting “egregious human rights abuses in Tibet” where the situation surrounding religious freedoms, political persecution and cultural assimilation of the indigenous Tibetan people has been deteriorating for decades.
“Following on from the global outcry in the wake of revelations of ‘vocational training’ programmes in the Uighur region, this report shows that the current leadership of the People’s Republic of China remains undeterred in its refusal to respect basic human rights standards, and unswayed by criticism from the international community, including from the United Nations, in which China claims a leading role”, the statement said.
(HT with inputs from Agencies)