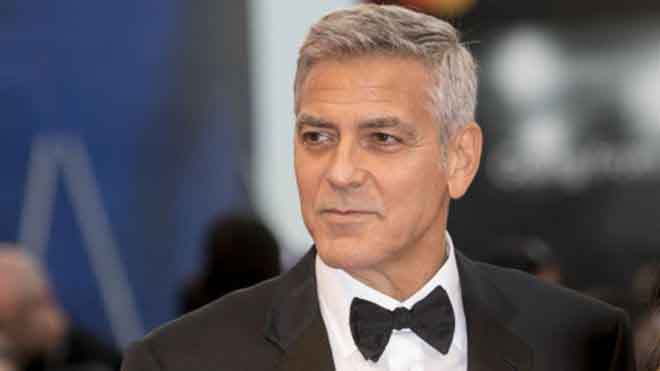 George Clooney has expressed fears his family could be in danger because wife Amal is fighting to prosecute ISIS terrorists.
Lawyer Amal will be representing a number of people that have been victims of crimes by ISIS fighters, with 23-year-old Nadia Murad the first.
Nadia is a Yazidi woman who says she was kidnapped by ISIS in 2014 and then trafficked as a sex slave.
British barrister Amal, 41, is hoping to take the case to the Hague and get those who captured Nadia brought to justice.
Her Hollywood husband has expressed worries though and said that they have ‘real, proper security issues’ which they will have ‘to deal with on a fairly daily basis’.
The 58-year-old actor has spoken out about the issue on ‘Awards Chatter’ podcast with Scott Feinberg.
George said: “My wife is taking the first case against ISIS to court. We have plenty of issues.
“Real, proper, security issues that we have to deal with on a fairly daily basis.
“We don’t want our kids to be targets so we have to pay attention to that. But we also live our lives, we don’t hide in corners.”
When asked whether he would like to go back to being anonymous, George said: “My wife and I wanted to walk with our kids in central park and that’s just not possible.
“We’ve tried. We walk out the door and everyone surrounds us. There’s a bounty on my kids heads for a photo.
“That’s something we’re really conscious of. Everything changes when you have kids. You have to protect them.”
Amal has said that she was aware of the risks before taking on the case.
Speaking on the Today Show, Amal said: “This is something I discussed with my husband before I would take on something like this […] We are aware of some of the risks involved,’ she told Cynthia McFadden.
“[George] met Nadia too and I think he was moved for the same reasons. He understood, I mean, that this is my work.”
“I think one of the ways to take action is to expose their brutality and their corruption, and partly you can do that through trials.”