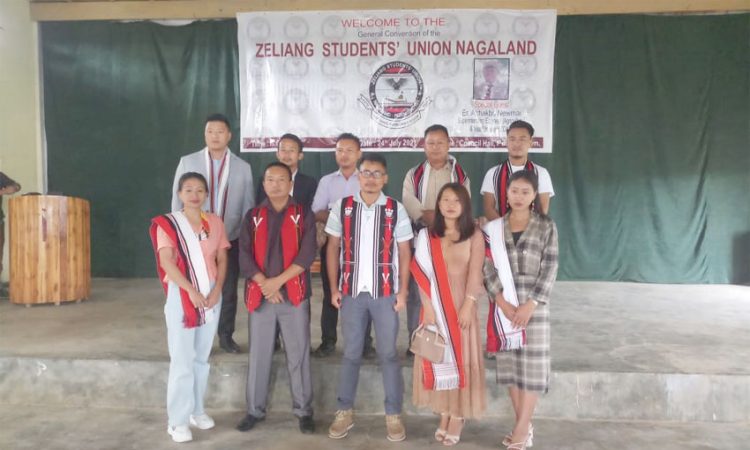 Dimapur, July 26: The General Convention of the Zeliang Students’ Union, Nagaland (ZLSUN) was organized on July 24 at Council Hall, Peren Town.
Iteichu Zeliang, former President, ZLSUN spoke on the occasion and expressed his heartfelt gratitude to the Interim Body for initiating the reformation of the much-needed Students’ body. He encouraged the Union to be solidified and bold in speaking the truth and never to be bogged down by some cheap manipulative propaganda.

The new team of ZLSUN was blessed and dedicated by Rev. Kitanwi Chewang, Executive Secretary, Liangmai Baptist Association Nagaland. The programme concluded well with a note of gratitude delivered by Dr. Pauzieleubo Neime, a member of the Interim Body ZLSUN.
(Page News Service)