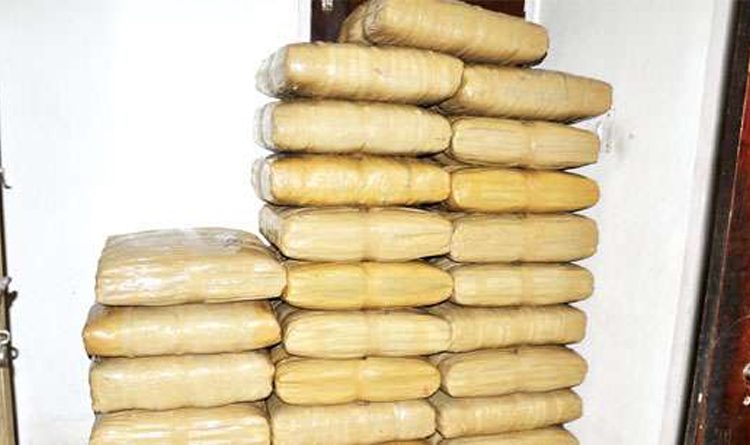 Diphu (Assam), November 29: Nearly six quintal of ganja worth over Rs 1 crore was seized in Assam’s Karbi Anglong district on Sunday, police said.
Acting on a tip-off, police conducted a vehicle search at Khatkhati in Bokajan police station area early on Sunday and seized the contraband from a truck coming from Nagaland, a senior officer said.
Seeing the police team, the driver and his helper left the vehicle and fled from the spot and a manhunt has been launched to nab them, he said.
“We have seized 580 kg of ganja worth around Rs 1.16 crore in the international market,” the officer said.
The consignment was slated to be delivered to a location outside the Northeast, he added. (PTI)