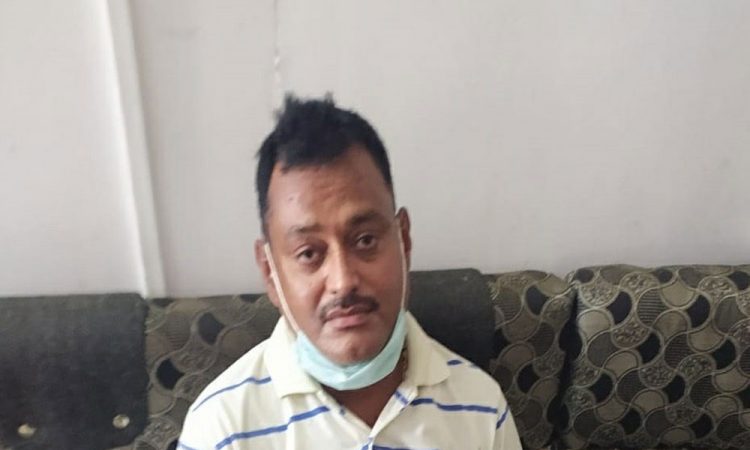 Kanpur, July 10: Gangster Vikas Dubey was shot dead Friday by police, who claim he was trying to flee after the car carrying him from Ujjain overturned on the outskirts of Kanpur.
The SUV met with an accident at Bhaunti in Kanpur district, overturning on an isolated stretch of the road which was slippery after the rains, police claimed.
They said the gangster snatched a pistol from one of the four policemen injured in the accident and was shot when he opened fire while trying to flee, an account of events being questioned by opposition parties in Uttar Pradesh.
Dubey was the sixth man to die in a police encounter after the ambush he allegedly masterminded in Kanpur’s Bikru village past midnight on July 2, killing eight policemen who had come to arrest him.
Madhya Pradesh police arrested Vikas Dubey outside the Mahakal temple in Ujjain on Thursday morning. He was handed over to an Uttar Pradesh police late in the evening.
Kanpur Range Inspector General Mohit Agarwal said Dubey tried to flee from the car with an injured inspector’s pistol.
He was chased and surrounded by policemen and was asked to surrender. When he started firing, police opened fire in self-defence, Kanpur police said.
A press release said he was immediately taken to a hospital, where he died during treatment.
Kanpur Range Additional Director General J N Singh said the extent of the injuries suffered by Dubey will be known after the post-mortem examination.
A doctor told reporters that he suffered bullet injuries in the chest. Two of the injured policemen also were hit by bullets, one of them in the arm and another in the hand, he said.Opposition parties targeted the BJP government in Uttar Pradesh after the encounter.
Bahujan Samaj Party has demanded a Supreme Court-monitored probe.
Congress general secretary Priyanka Gandhi Vadra said the criminal is now gone and asked what about those protecting him.
A day earlier, Gandhi had demanded a CBI probe to ascertain the facts about the “grant of protection” to Dubey.
Samajwadi Party chief Akhilesh Yadav also raised questions on the gangster’s killing, saying it was not the car that had toppled but the encounter had saved the government from toppling, had facts come to light.
Eight policemen, including SP Devendra Mishra, were ambushed in Bikru village in Chaubeypur area of Kanpur, and died in a hail of bullets fired from rooftops early on July 3.
On the same day, two of Dubey’s alleged accomplices, Prem Prakash Pandey and Atul Dubey, were killed by police in an encounter in Kanpur district.
On July 8 the police killed another aide, Amar Dubey, who carried a reward of Rs 50,000, in Maudaha village in Hamirpur district.
On Thursday, two more alleged accomplices were killed in separate encounters in Kanpur and Etawah districts.
One of them, Prabhat, died in circumstances similar to Dubey’s killing, according to the police versions
He was being brought to Kanpur on transit remand after his arrest in Faridabad when he snatched the pistol of a policeman and tried to flee, police had said.
Vikas Dubey was carrying a reward of Rs 5 lakh for information leading to his arrest. (PTI)