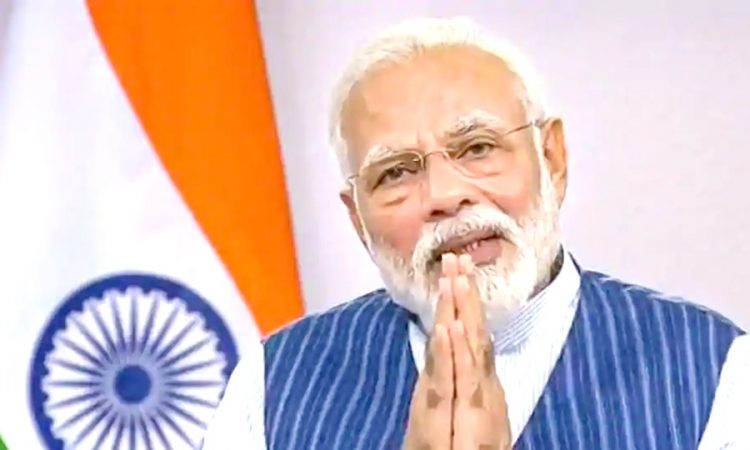 Lucknow September 30: Amid outrage over the Hathras gang-rape case, Prime Minister Narendra Modi spoke to UP Chief Minister Yogi Adityanath and sought strict action against the accused, the Chief Minister’s office said on Wednesday.
A day after the death of the 19-year-old Dalit woman’s in a Delhi hospital, Adityanath on Wednesday also constituted a three-member SIT to probe the gang-rape case and also asked for conducting the trial in a fast track court.
In a tweet, the chief minister’s office said the prime minister spoke to Adityanath over the case.
“Respected Prime Minister @narendramodi Ji has spoken on the Hathras incident and said that strict action should be taken against the culprits,” the CMO said.
In a replication of the Nirbhaya case horrors, the Dalit teen was allegedly sexually assaulted by four men on September 14 in a Hathras village and admitted to the AMU’s Jawaharlal Nehru Medical College and Hospital in Aligarh.
She was on Monday referred to Delhi’s Safdarjung Hospital in an extremely critical condition with spinal injuries, paralysis and cuts in her tongue and died on early Tuesday, triggering widespread outrage, protests and calls for justice.
A senior official said an SIT has been constituted to the probe the case.
Secretary (Home) Bhagwan Swarup, will lead the SIT and DIG Chandraprakash and Provincial Armed Constabulary’s Agra Commandant Poonam will be its members, he said.
The SIT has been asked to submit its report within seven days, the official said.
When asked about the controversy over the victim’s cremation allegedly forcibly by the police, Additional Director General (Law and Order) Prashant Kumar said, “It was done with the consent and in presence of family members.”
“It’s true that allegations have been made, but truth is that the family agreed for the cremation as the body was decaying. The police were there for maintaining peace,” he added.
The post-mortem report of the victim is still awaited, he said, adding there was no “chopping of the tongue”.
“The SIT has been constituted to find lapses in probe, if any, and those responsible (for lapses) will have to face action. There is a zero-tolerance policy for the crime against women in the state. Strict action will be taken against the guilty,” he said.
He said four accused of the Hathras gang-rape case have been arrested and section 302 (IPC) (murder) would be added in the FIR following the victim’s death.
The Forensic Science Lab (FSL) report is also awaited in the matter, he added. (PTI)