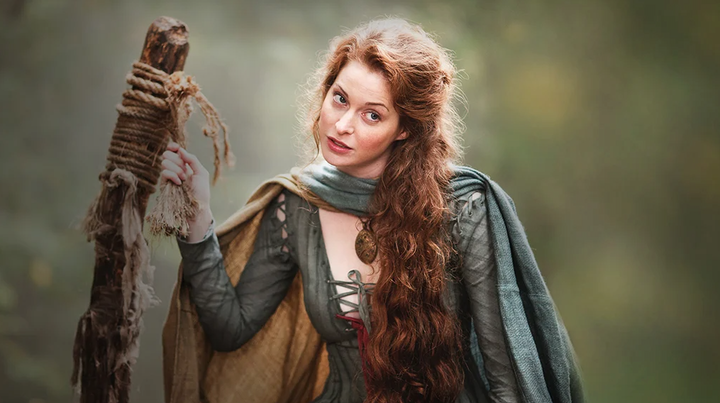 Actor Esme Bianco, best known for playing Ros in “Game of Thrones”, is the latest woman to level allegations of physical and psychological abuse against heavy metal-rock singer Marilyn Manson, whom she dated in 2011. The British actor joins “Westworld” star Evan Rachel Wood and five other women in alleging abuse by Manson, whose real name is Bryan Warner.
In an interview with The Cut magazine, the 38-year-old actor said the rocker was a “massive role model who really helped me through some incredibly dark and difficult times as a teenager”, but went on to become “monster who almost destroyed me and almost destroyed so many women”. Bianco claimed Manson inflicted cuts and bruises that left permanent scars on her body, including cutting her torso with a knife.
“I just remember laying there, and I didn’t fight it. It was kind of this final-straw moment where I had lost all sense of hope and safety,” she said. Bianco, who was friends with his then-wife Dita Von Teese through the burlesque world, met the singer in 2009 when she was cast in an unreleased Manson music video.
Following his divorce from Von Teese, Bianco and Manson started dating. She returned to the US in 2011 to star in Manson’s Lewis Carroll-inspired film “Phantasmagoria” on a work visa. Months later as she was fiddling with the idea of breaking up with Manson, she feared he would sabotage her visa as retribution.
When the first episode of “Game of Thrones” premiered, Bianco, who lived in with the singer for a month, claimed Manson would repeatedly replay the sex scene for guests on a projector, humiliating her. “I think I would have made excuses for him. I was in survival mode at that point, and my brain had taught me to be small and agreeable,” she recalled.
The “breaking point” for Bianco came when Manson on one occasion chased her around with an axe. Manson’s assistant at the time corroborated the incident to the publication. She suffered a panic attack from that incident, and left Manson soon after. She broke up with him via email a month later in the summer of 2011.
Bianco said she still has PTSD (post traumatic stress disorder) from her few months living with Manson. In 2019, Bianco and Wood met and began to advocate the Phoenix Act that extended California’s statute of limitations on domestic violence by five years. Like Wood, Bianco spoke of her abuse to the California senate, although she did not name Manson at the time. The Phoenix Act passed in 2020.
Though Manson is yet to respond to Bianco’s claims, he issued a denial after Wood allegedly named him her abuser, calling the accusations “horrible distortions of reality” and that he has always had “entirely consensual” relationships with “like-minded partners”. (PTI)