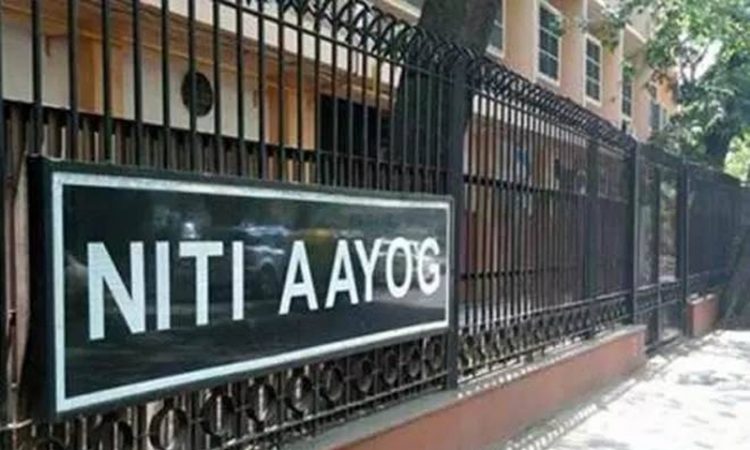 As the think tank continues to work with various stakeholders to boost the country’s economy, its Vice Chairman and economist Rajiv Kumar said the government has already used Covid-19 crisis for taking several steps to lay the foundation for a “rapid and sustained growth in the coming years”.
While noting that these steps and reforms have to be further consolidated, Kumar asserted that Prime Minister Narendra Modi-led government is “certainly not protectionist” and has been continuously expanding the scope for Foreign Direct Investments (FDIs).
“In the next calendar year, the Niti Aayog will be looking at several areas for pushing the reform agenda forward. These will be broadly in the field of pushing the movement on electric mobility.
“… the second area that we will be working on is collaboration with the textile ministry in setting up mega textile firms which will improve the competitiveness of the textile industry, help us to expand our exports for both the fabric and the garment sectors,” he told PTI in an interview.
Besides, he said the Niti Aayog will push forward the agenda on water conservation and better water use as well as look at the possibility of improving access to formal credit for small and medium enterprises because they will be one of the pillars for Aatmanirbhar Bharat.
According to him, Niti Aayog will work on creating a body of scientific and empirical evidence to examine the appropriateness of natural farming techniques in India whose proponents have claimed that this can bring down the costs dramatically and increase farmers’ income also quite significantly.
Doubling farmers’ income is a priority for the Union government.
“So, the Niti Aayog is now working closely with ICAR and other agriculture universities to have a body of empirical evidence through field trials to examine the benefits of natural farming,” Kumar said.
The government think tank will also look at the possibility of mainstreaming the use of traditional medicine and promoting integrated medicine practices as has been done in several other countries.
“Because the efficacy of traditional medicine that is AYUSH has come out as being shown to be quite high in the COVID-19 pandemic period,” he pointed out.
Niti Aayog is playing a key role in COVID-19 vaccine rollout and its member V K Paul is heading the National Expert Group on Vaccine Administration for COVID-19 (NEGVAC).
Emphasising that steps have been taken to convert the COVID-19 crisis into an opportunity, Kumar said, “already the economy has bounced back, much better than what all of us had expected”.
He expects the country’s economy, which contracted in the first two quarters of the current financial year, to register a small positive growth in the January-March quarter.
“It will of course grow at very high rates in 2021-22 but beyond that also it will achieve its potential rate of growth which is estimated at 7-8%,” he said.
Noting that there is a need to focus on improving the global competitiveness of India’s industry and achieve global scales, Kumar said those will require the continuation of the government’s efforts to reduce logistic costs and improve credit availability for all units, especially for small and medium enterprises.
“And continue on the focus of expanding infrastructure capabilities plus promote public private partnership, so as to give larger space for private enterprise for accelerating economic growth in the country,” he opined.
On the government’s disinvestment programme, Kumar said the Niti Aayog has recommended sale of stakes in several CPSEs (Central Public Sector Enterprises) and that the Union Cabinet itself has approved more than 20 such proposals.
“So it (stake sale in CPSEs) is very much on the cards and has been on the cards for this government,” he added.
Disinvestment process is progressing for various CPSEs, including Air India and BPCL.
To a query about India’s decision not to be part of the Regional Comprehensive Economic Partnership (RCEP), Kumar said Modi government is certainly not protectionist because it has continuously expanded the scope for FDI and made it under the automatic route for most areas.
“Walking out of the RCEP was done because it was clearly seen that until we have improved our competitiveness, for which now the government is taking very active steps, joining the RCEP under the condition it was offered would not have served the national interest,” he pointed out.

According to him, India walking out of the RCEP is certainly not moving away from the country’s commitment to take a greater part in global technology, financial, goods and services flows.
The Niti Aayog Vice Chairman also noted that India still continues to have nine Free Trade Agreements (FTAs) and is negotiating 19 FTAs with various countries.
“But we have to be very cognizant of which agreement serves our national interest and which does not,” he stressed.
In efforts to boost economic output, the Niti Aayog played an active role in formulating the Production Linked Incentive (PLI) scheme for ten key sectors.
This year, it came out with a draft model Act and rules for states on conclusive land titling with an aim to reduce litigations and ease the land acquisition process for infrastructure projects.
Also, the Niti Aayog released a draft report titled ‘Guiding Principles for the Uniform National-Level Regulation of Online Fantasy Sports Platforms in India’. (PTI)