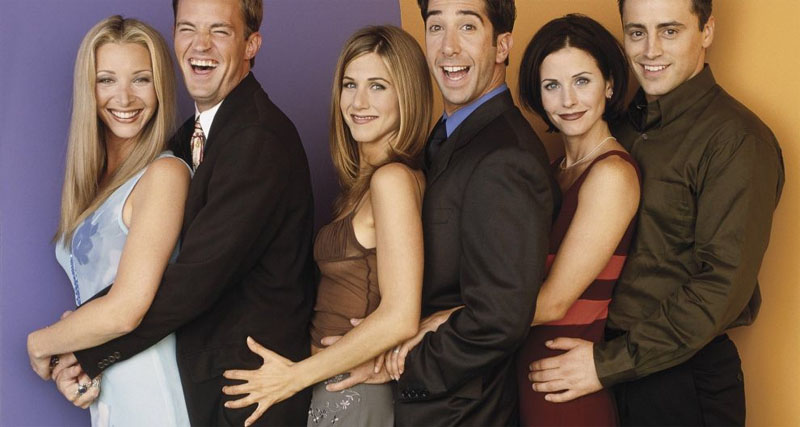 They said they’d always be there for us, but in 2004 Friends ended and broke our hearts.
However, there are reports that a reunion special will air sooner than we think to mark 25 years of the show.
Friends first aired in September 1994 and has become one of the most popular shows ever.
It was the show that made Jennifer Aniston, Matt Le Blanc, Courteney Cox, David Schwimmer, Lisa Kudrow, and Matthew Perry household names.
Reports claim the whole cast will reunite along with creators David Crane and Marta Kauffman.
The Hollywood Reporter claims talks are underway for the special to air on on the new WarnerMedia streaming service HBO Max.
Sources stress no deals are in place at this time, but the cast and crew are willing to come together again.
If and when the deals for the cast and creators get finalized, then they will have to sort out the schedules for all six stars and the creators, which could be tricky to say the least.
The news comes months after the original Friends series was confirmed to leave streaming website Netflix, where fans have been able to binge the show for a couple of years.
Friends, which aired 10 seasons on NBC from 1994 to 2004, had been streaming in its entirety on Netflix since January 2015.
However, it was reported in July that the new WarnerMedia streaming service HBO Max had obtained the rights to Friends, outbidding Netflix for the coveted rights, with the show leaving Netflix at the end of 2019 and HBO Max slated to launch in May 2020.