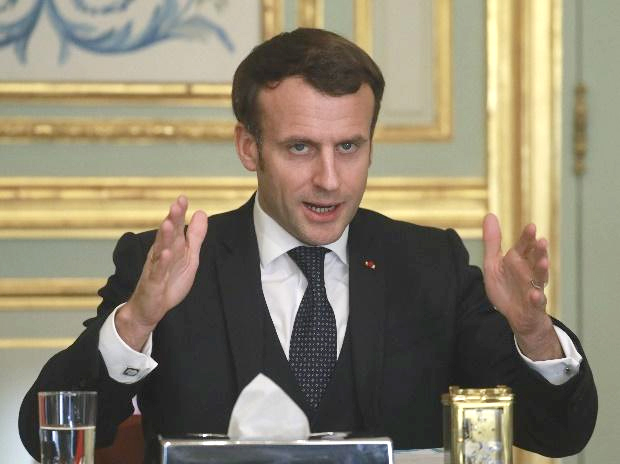 NEW DELHI, AUGUST 26: French President Emmanuel Macron on Tuesday called on citizens to learn to live with the Coronavirus after infections spiralled higher in recent weeks.
Taking to Twitter, Macron said, “To overcome the health crisis, we must learn to live with the virus”.
The President also pledged “clear rules everywhere to allow everyone to regain confidence.”
France has confirmed 3,304 fresh COVID-19 cases in the last 24 hours, higher than Monday’s 1,955, but lower than the post-lockdown daily record of 4,897 posted on Sunday. Some 33 active clusters were detected, bringing the total to 352.
According to the Health authorities, France had conducted over 755,000 virus tests over the past week, and over 7 million since the start of the epidemic.
Meanwhile, the number of those who need intensive care rose by 11 to 410. Some 30,544 people in France have succumbed to the respiratory illness, representing a single-day increase of 22.
In July, Macron’s critics have accused him of initially underestimating and then mishandling a crisis that has now caused more than 30,000 deaths in the country.
France was imposed lockdown since March 17 in a bid to slow the spread of the epidemic and officials have repeatedly warned it will take time for the measures to bear fruit.
French scientists expected a second wave of the Coronavirus could hit the country in autumn or winter as a result of social mixing and absence of distancing and barrier measures during the summer holidays, according to the local media.
(Courtesy: TS)