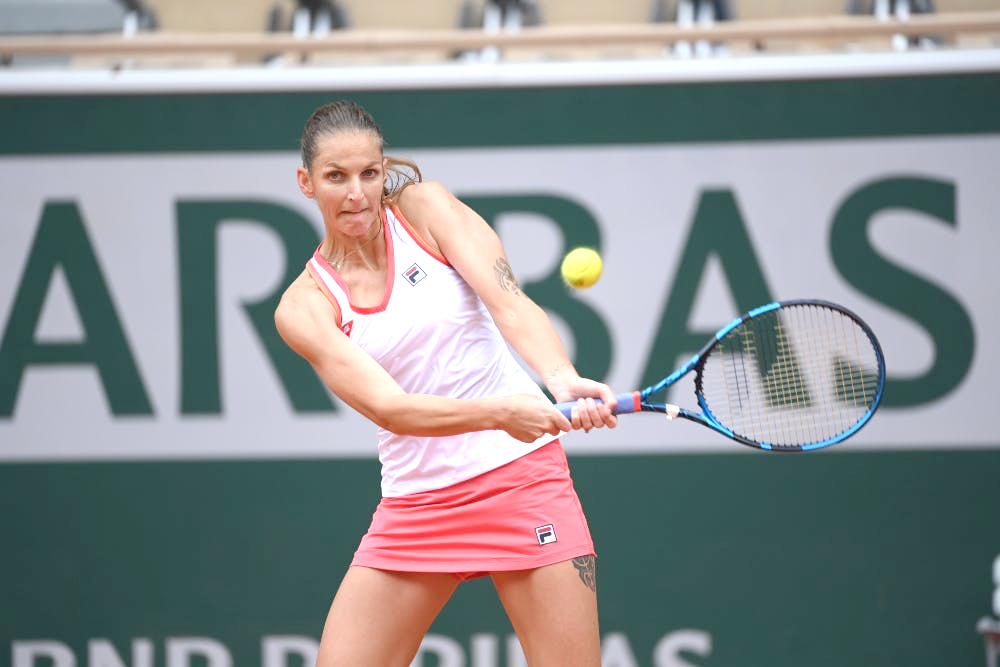 PARIS, September 29: Czech second seed Karolina Pliskova managed to rein in her errors and found a way past battling Egyptian qualifier Mayar Sherifwith a 6-7(9) 6- 2 6-4 victory in the opening round of the French Open on Tuesday.
Former world number one Pliskova had 27 unforced errors and hit six double faults in the first set under the open roof of Court Philippe Chatrier, struggling to find winners from her power game in slow conditions.
“Conditions were not easy, and I think she also played a little better than I maybe thought, because I didn’t know much,” Pliskova told reporters.
“Let’s not talk about my level. I think there is big room for improvement, but it is what it is and I’m in the next round, which counts.”
Facing the 24-year-old Sherif, who was making her Grand Slam main draw debut, for the first time Pliskova faced constant trouble with return of the Egyptian’s serve but still managed eight setpoints.
But Sherif saved five of them in the tiebreak to win the opening set as a frustrated Pliskova slammed her racquet on court.
But the Czech returned to court looking focussed and improved drastically in the second to level the match with three breaks of her opponent’s service games.
A crucial break in the seventh game of the deciding set then proved enough for the second seed.
Pliskova, who retired in the final in Rome with injury before coming to Paris, sealed the match with her fifth ace on her second match point.
“I relaxed a little bit in the second set, and of course she was just playing an ugly game,” said Pliskova, who reached the semi-finals at Roland Garros in 2017. “There was not much room or not many points where I felt really great.
“But I was just able to find a little bit better level than in the first set. The experience which I have is much more than her but… she was fighting and she was not giving me much.
“No matter how terrible was my level, I still somehow like believed, let’s say.”
The Czech will next meet 2017 champion Jelena Ostapenko, who earlier defeated American Madison Brengle 6-2 6-1. (AFP)