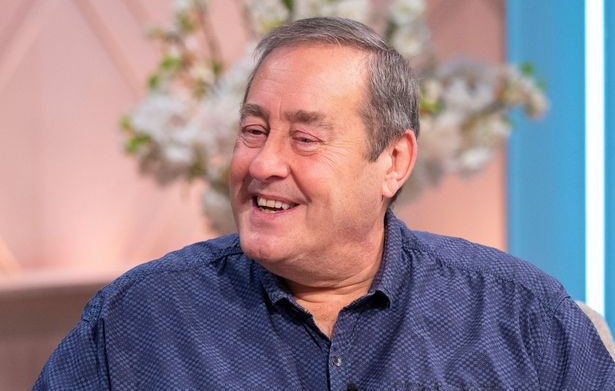 Freddie Mercury was ‘scarred’ and ‘deeply betrayed’ by two people, according to his former best friend, Peter Freestone.
The Queen singer was allegedly “good a sussing people out quickly,” but was left reeling by the antics of a couple of people he let get close to him.
The legendary frontman’s friend, who stayed with him at One Garden Lodge in Kensington for 12 years, said that he often would advise that certain associates of the singer were only there for one thing, and it was detrimental to Freddie.
Peter recalls: “I would say, ’This person is only hanging around for your money and fame.’ He’d reply, ‘You really think I’m so stupid? It’s my money, my life. I know what they’re doing but I am getting something out of it, too’
“Freddie just enjoyed the company or the sex or being amused by the situation and he’d say, ‘When I’m done, I will turn around and say ‘enough.’”
Unfortunately, it wasn’t that simple in the end and Freddie found himself wounded emotionally by a couple of these ‘friends’ that took advantage of him.
The first was his former driver, who lost his licence but then hid the fact from Freddie.
Rather than tell the Queen singer about what had happened, he disappeared instead, causing Freddie an enormous amount of grief and worry.
The driver wouldn’t return Freddie’s calls but eventually he came clean in an emotional meeting at the singer’s house.
Peter said that Freddie told the driver: “Darling, we could have found something else for you to do.”
For lying, Freddie fired him and cut him off and he started to distrust more people that were involved in his life.
The main betrayal came at the hands of his former manager, Paul Prenter, who was portrayed as the ‘villain’ in Queen biopic, Bohemian Rhapsody.
Peter told Express Online: “Freddie discovered his life through Paul Prenter. He found it wasn’t such a sin to be gay, you could go out, you could have relationships.
“Paul was looking after the whole band but then they got rid of him because he was spending 90% of the time with Freddie. And Freddie took him on.
“It wasn’t as bad as you see in the film. Paul is used to represent the bad side of Freddie but he is two or three people rolled into one.”
Peter said that Prenter’s intentions was to “steer Freddie away from the band,” but in the end, “he became unreliable and Freddie knew enough was enough and let him go.”
By 1986, Freddie was trying to clean up his life as he was fearing he might by HIV positive and began turning his back on partying.
Prenter continued with his wild ways and Peter recalls: “It was alright for a year and then Paul sold his story. That hurt Freddie so much. He couldn’t understand why someone would do that.”
Prenter cashed in to the tune of thousands for a series of lurid revelations in The Sun, during May 1987.
He revealed stories of Freddie’s promiscuity along with his first homosexual experiences aged 14.
He also shared with the tabloid that the singer feared he had AIDS and sold personal photographs of Freddie.
Prenter’s family defended him, saying that he did it so that he could afford HIV treatments for himself.
Freddie could not forgive Prenter’s betrayal, according to Peter, who said that the Queen star was ‘devastated’ by the revelations.
Peter recalls: “He said ‘Why didn’t he just ask me for the money? I would have given him anything.’ It made him doubt his ability to trust and judge people.
“It made him feel so vulnerable and unsure of himself. It made him even more afraid of what might happen if he ever revealed he was ill.”
Freddie allegedly refused to speak to Prenter when he reached out to the singer and said that he had hurt him more then anyone else in his life.