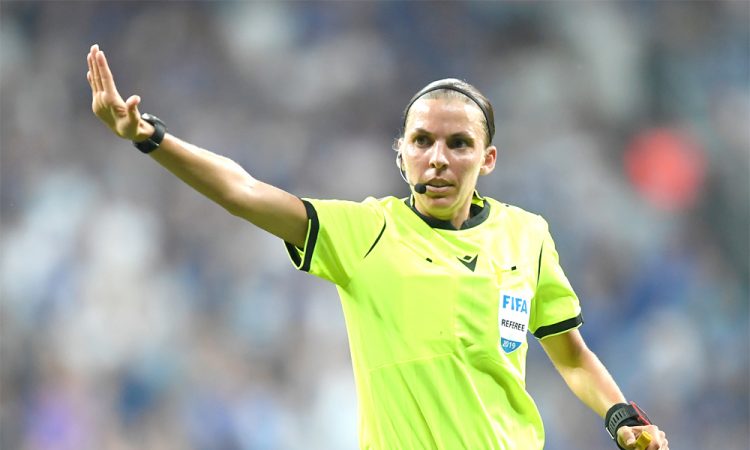 Turin, December 3: French football referee Stephanie Frappart has recently scripted history by becoming the first female to officiate a men’s game in the Champions League.
The 36-year-old achieved the feat during Juventus’ comfortable 3-0 victory over Dynamo Kyiv at the Allianz Stadium on Thursday.
The Union of European Football Associations (UEFA) took to their official Twitter handle and congratulated Frappart for achieving the milestone.
“On Wednesday night, Stephanie Frappart became the first woman to referee a men’s UCL match, when she took charge of Juventus vs Dynamo Kyiv. Congratulations, Stephanie!” UEFA tweeted.
Meanwhile, FIFA Women’s World Cup posted a picture of Frappart from the clash and hopes that she continues to blaze a trial.
“You just love to see it. Stephanie Frappart becomes the first woman to referee a men’s Champions League match. Way to blaze a trail, Stephanie,” FIFA Women’s World Cup tweeted.
Last year, Frappart had become first female referee to officiate a major men’s European match during a clash between Liverpool and Chelsea in the UEFA Super Cup final.
She had also become the first female serve as a referee of a French Ligue 1 clash when Amiens locked horns with Strasbourg in April 2019.
On a related note,Juventus star striker Cristiano Ronaldo notched up his 750th goal of the career in the 57th minute of the match, while Federico Chiese (21st minute) and Alvaro Morato (66th minute) also struck to guide their side to easy win.
Juventus will square off with Barcelona in their next Champions League clash on December 9. (Agencies)