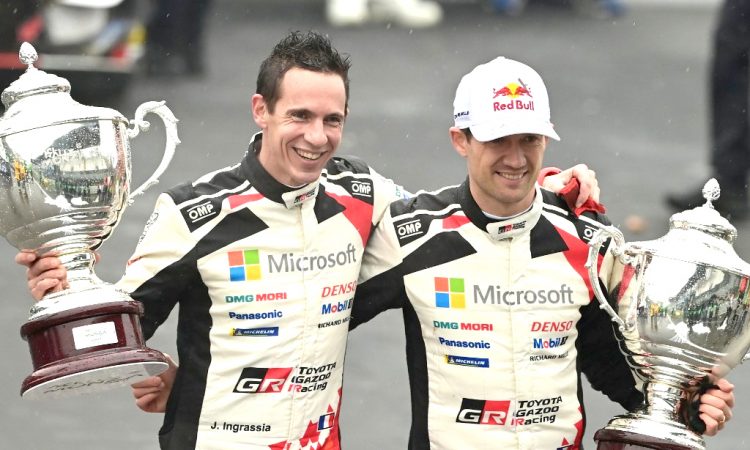 Sebastien Ogier and his co-driver Julien Ingrassia (left) pose with their trophies after winning. (AFP pic)

MILAN, December 6: Sebastien Ogier clinched the world rally championship for the seventh time in eight years after the Frenchman won the season-ending Rally Monza on Sunday.
Toyota team mate Elfyn Evans, who had a 14-point lead before the final round in northern Italy, crashed out on Saturday but returned for the final three stages at the Monza circuit on Sunday.
Ogier won the rally by 13.9 seconds, with Hyundai’s outgoing champion Ott Tanak runner-up to finish third overall in the championship.
Ogier, who has now won titles with three different manufacturers after four with Volkswagen and two for Ford, finished eight points clear of Welshman Evans.
Evans finished outside the top 10 but banked three points from the final Power Stage.
“It was a difficult weekend and this last stage was not enjoyable,” said Ogier, whose car’s wipers were faulty on the final stage.
“We feel sorry for Elfyn. We had great fun fighting each other this season, and I am sure next year will be the same.”
Tanak finished 1.4 seconds ahead of Spanish team mate Dani Sordo, to clinch the manufacturers’ title for Hyundai for the second season in a row. (Reuters) 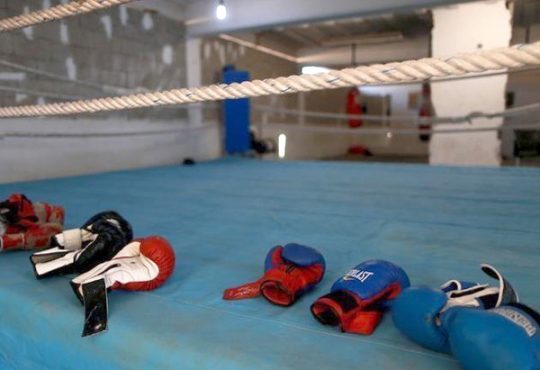