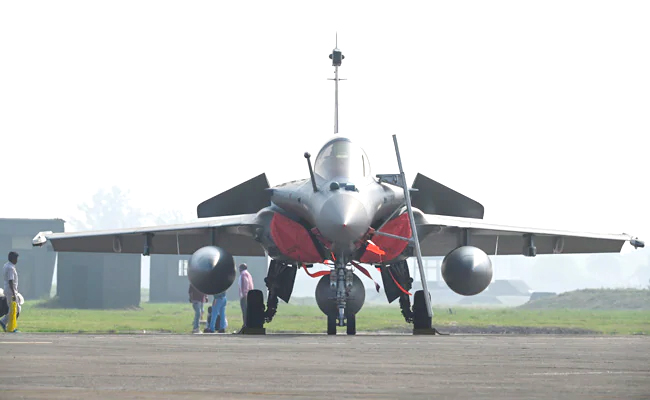 Following the development, Congress chief spokesperson Randeep Surjewala on Saturday urged Prime Minister Narendra Modi to come forward and order a Joint Parliamentary Committee (JPC) probe into the Rafale deal.
“Corruption in the Rafale deal has come out clearly now. The stand of the Congress Party and Rahul Gandhi has been vindicated today after the French Government has ordered a probe”, he told reporters at a press conference.
However, there was no immediate reaction from the Indian Government or the BJP.
The Mediapart said the probe into the inter-governmental deal signed in 2016 was formally opened on June 14.
“A judicial probe into suspected corruption has been opened in France over the 7.8-billion-euro sale to India in 2016 of 36 Dassault-built Rafale fighter aircraft”, the Mediapart reported on the latest development on the controversial deal.
It said the investigation has been initiated by the national financial prosecutors’ office (PNF).
The judicial investigation has been ordered by France’s national financial prosecutors’ office, following Mediapart’s fresh reports in April of alleged wrongdoings in the deal as well as a complaint filed by French NGO Sherpa that specialises in financial crime.
“The highly sensitive probe into the inter-governmental deal signed off in 2016 was formally opened on June 14”, the media report said.
Mediapart journalist Yann Philippin, who filed a series of reports on the deal, said a first complaint was “buried” in 2019 by a former PNF chief.
“The judicial investigation was finally opened following the revelations of the investigation #RafalePapers of @mediapart and a new complaint from @Asso_Sherpa. A 1st complaint was buried in 2019 by the former PNF boss, Eliane Houlette”, he tweeted.
In April, Mediapart, citing an investigation by the country’s anti-corruption agency, reported that Dassault Aviation had paid about 1 million Euros to an Indian middleman.
Dassault Aviation has rejected the allegations of corruption, saying no violations were reported in the frame of the contract.
The National Democratic Alliance (NDA) Government had inked a Rs 59,000-crore deal on September 23, 2016, to procure 36 Rafale jets from French aerospace major Dassault Aviation after a nearly 7-year exercise to procure 126 Medium Multi-Role Combat Aircraft (MMRCA) for the Indian Air Force did not fructify during the United Progressive Alliance (UPA) regime.

The Congress accused the Government of massive irregularities in the deal, alleging that it was procuring each aircraft at a cost of over Rs 1,670 crore as against Rs 526 crore finalised by the UPA Government during the negotiations for the MMRCA.
Prior to the Lok Sabha elections in 2019, the Congress raised several questions about the deal and alleged corruption but the Government rejected all the charges. (PTI)