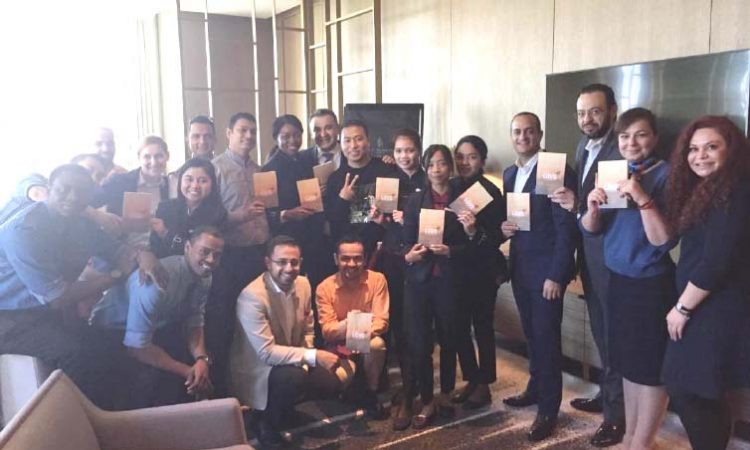 As part of the Four Seasons Hotel, Kuwait Book Club Meet, a surprise event was conducted in honour of their employee and author, Wedekhro Naro, whose book- ‘True Love Keeps Moving’ was recently published and released in December 2018 by PenThrill Publication House. The event was held under Four Seasons Hotel Book Club headed by Navina, Senior Training Manager of Four Seasons on January 29. This is the first time that such an event was organized wherein all the directors, managers and staff of the hotel attended.
Author of the book, Wedekhro Naro spoke about his own personal struggles in life and how he worked towards achieving his dream while pointing out that it took him around 12 years to fulfil it. “So, if you have a dream, don’t give up”, he said. Expressing that it was such a surprise and honour for him to be introducing his book to all the influential people of Four Seasons, he particularly made mention of Safi and Navina for the wonderful opportunity. He said that he had never heard of any other hotels in the world giving such a platform and expressed his gratitude to everybody who came to celebrate the publication of his book in Kuwait.
Having read the book, Manager of Four Seasons, George Safi remarked that it is written in simple language and that many readers would be able to relate to it. He also said that he found himself in some of the situations in the book and further stated that it is very encouraging to see Wedekhro following his dream in the form of writing.
There was also a Question & Answer Session during the event. It may be noted that members of the Four Seasons Book Club meet once a month and share their ideas and thoughts about the book they have read.