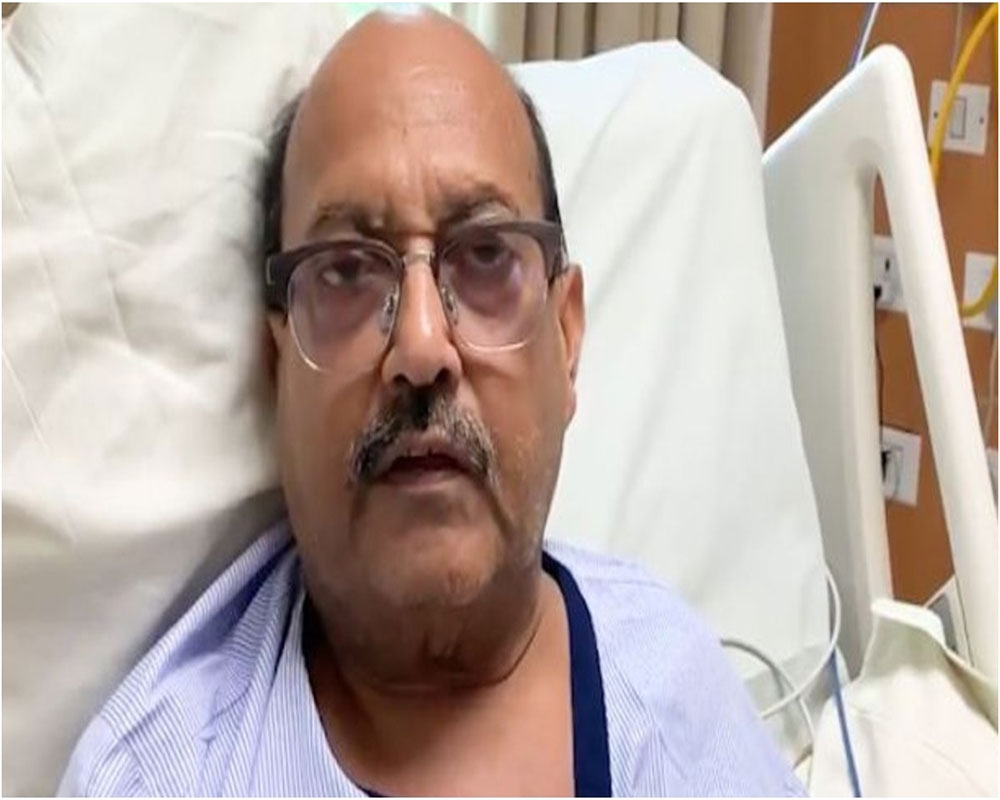 New Delhi, August 1: Rajya Sabha MP Amar Singh, who once wielded immense influence in power circles as a close aide of Samajwadi Party leader Mulayam Singh Yadav, has died in Singapore where he was undergoing treatment.
Singh, 64, had undergone kidney transplant in 2011 and was not keeping well for a long time.
“Saddened to know about the death of senior leader and parliamentarian Amar Singh,” Defence Minister Rajnath Singh tweeted.
Earlier in the day, the former Samajwadi leader had posted messages on Twitter, paying tributes to Bal Gangadhar Tilak on his 100th death anniversary and also wishing people on Eid.
Amar Singh was also known for his contacts in the business and film industry.
Conveying his condolences to the family, the defence minister said Amar Singh, who was very energetic and humorous, had friends in all political parties.
Amar Singh’s name had emerged in the alleged cash for votes scam and he was arrested as well.
He was expelled from Samajwady Party a few years back, and had warmed up to the RSS.
“My sincere condolences to the family of Shri Amar Singh ji. I express my deepest condolences to his bereaved wife and daughters in this sad moment,” Congress general secretary Priyanka Gandhi Vadra tweeted. (PTI)